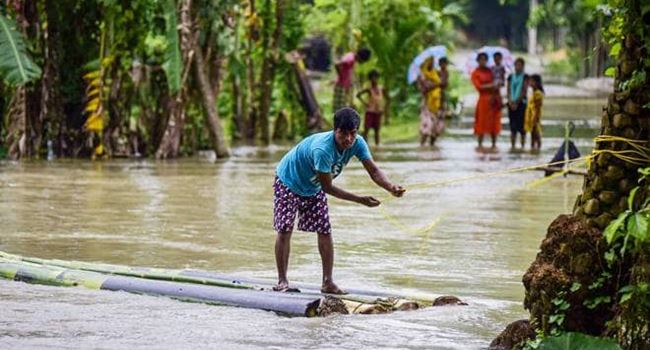 Rescue officials in India are having a torrid time getting their job done searching for survivors after rain-triggered floods and mudslides in the northeastern part of the country killed over a dozen people and displaced more than a million from their homes.

According to local authorities, the heavy monsoon which caused water levels in Brahmaputra River continue to rise in Assam state killed at least 10 people in the past 72 hours.

State authorities which warned that the situation could worsen in the coming days said on Saturday that six of the victims were reportedly killed in Arunachal Pradesh, which borders China’s Tibet region.

“Ten people have died in separate incidents of drowning in the past three days and more than one million people [have been] affected, with the flood situation turning grave,” a flood bulletin issued by the Assam government said.

The Brahmaputra River, which flows from the Himalayas into India and then through Bangladesh, has burst its banks, swamping more than 1,800 villages in the state, which is on maximum alert due to heavy rains.