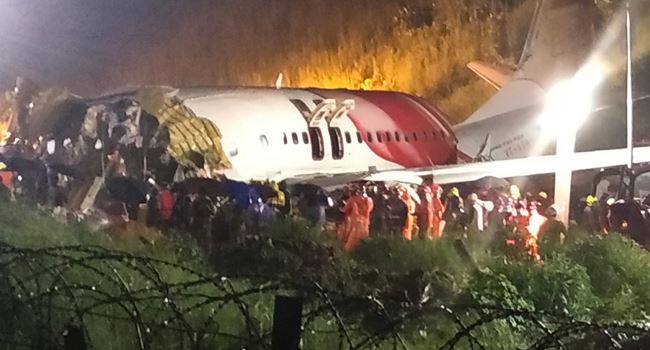 Tragedy struck in the southern Indian city of Kozhikode in Kerala on Friday, when a passenger jet skidded off a hilltop runway after landing in heavy rain, killing no fewer than 18 victims in the process.

Some 127 people were being treated at a hospital, he said.

“Our task would have been much more difficult if the plane had caught fire,” he added.

The plane was carrying 190 passengers and crew, the Ministry of Civil Aviation said in a statement. Among them were 10 infants.

“18 people, including two pilots, have lost their lives, it is unfortunate. 127 people are at hospitals, others have been released: Hardeep Singh Puri, Civil Aviation Minister on #AirIndiaExpress flight that crash-landed at Kozhikode International Airport in Karipur yesterday,” the Ministry of Civil Aviation said in a statement.

Indian Prime Minister Narendra Modi tweeted that he was “pained by the plane accident”.