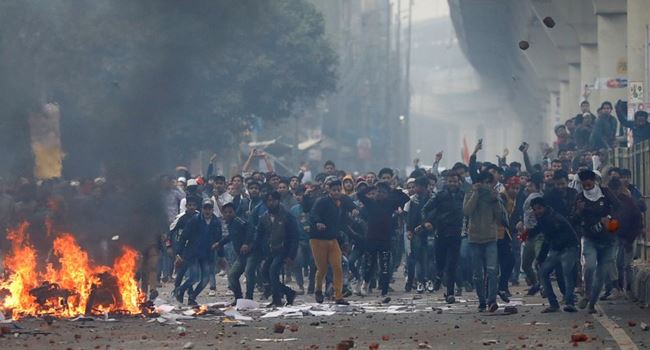 Thousands of Indians are defying a ban on protests imposed in parts of the capital Delhi, and throughout the states of Uttar Pradesh against a controversial new citizenship law, with two people reportedly shot dead.

Reports say the two victims died of injuries suffered in violent protests in the southern Indian city of Mangalore, late on Thursday, following days of protests and clashes that have already left nine people dead earlier.

The men aged 23 and 49, “died in police firing during the protests”, Qadir Shah, a spokesman for the deputy commissioner of Mangalore, revealed in a statement on Friday, adding that authorities had imposed a curfew in some areas.

The new law known as the Citizenship Amendment Act (CAA) which offers citizenship to non-Muslim illegal immigrants from Pakistan, Bangladesh and Afghanistan has sharply divided opinions in India.

Critics of the new law say it is part of a “Hindu nationalist” agenda to marginalise India’s more than 200 million Muslims.

The development comes days after India’s Supreme Court refused to stall the implementation of the contentious Citizenship (Amendment) Act, which has triggered massive protests across the country.