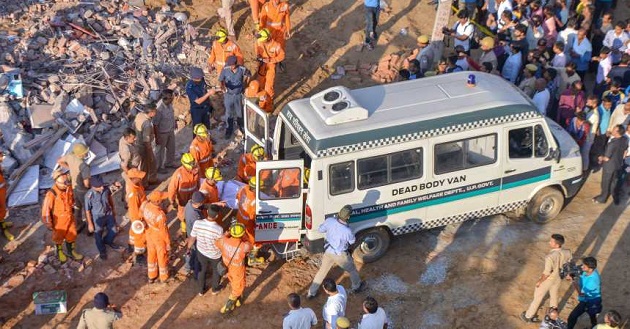 Three victims have been declared dead by rescue operatives in India after a building collapsed onto another structure in the suburb of the country’s capital of New Delhi.

According to reports, several others are feared trapped after a residential complex fell on an under-construction building in Greater Noida.

“There were at least three families living in the old building that collapsed upon an under-construction building,” Arun Kumar Singh, chief fire officer, told Al Jazeera on Wednesday.

“We have dragged out three dead bodies from the debris,” he added. “It’s very difficult to say at the moment how many people are actually trapped under the rubble.”

The National Disaster Response Force, a federal rescue agency, along with the police began the search and rescue operation Tuesday night, with officials saying that it would take several hours to clear the debris.