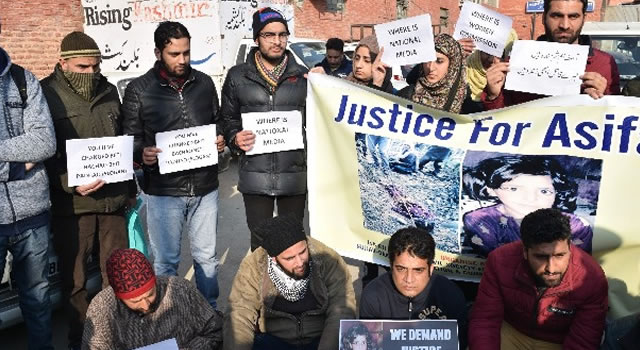 A court in India’s troubled Jammu and Kashmir state has charged five men including a retired government official over the rape and murder of an 8-year-old Muslim girl.

According to a court filling, the retired official identified as Sanji Ram had ordered his nephew and a policeman to kidnap the girl, Asifa, in January to terrorise members of her nomadic Bakerwal community into leaving Kathua district in the mainly Hindu Jammu division.

A charge sheet made public by the police also revealed that after her kidnap, the girl was heavily sedated, kept in a Hindu temple, and gang raped by at least three men over the course of four days in mid-January.

Her strangled body was later found in the forest near the temple with one of the three suspected rapists said to be a policeman.

According to the police, another officer, Anand Dutta, who was initially in charge of the investigation, took more than $6,000 in bribes to cover up the crime.

He is among a total of eight suspects who have been detained over Asifa’s rape and murder. All eight are Hindu.