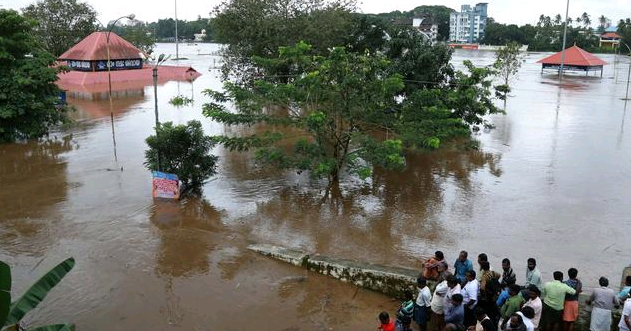 The southern state of Kerala in India has been hit by monsoon floods and landslides which has unfortunately claimed the lives of no less than 37 people and has displaced thousands of others.

Reports say the monsoon floods caused by torrential rainfall ravaged farmlands and forced thousands to be evacuated with more than half of Kerala’s 14 districts put on high alert on Saturday.

“Nine more deaths have been reported since Friday raising the toll to 37. The hilly district of Idukki has been the worst affected, accounting for 18 deaths,” an official at the state disaster management control room told the dpa news agency on Saturday.

According to Kerala State Disaster Management Authority’s (KSDMA) control room in the state capital, crops on 1,031 hectares (2547.66 acres) have been damaged from the flooding.