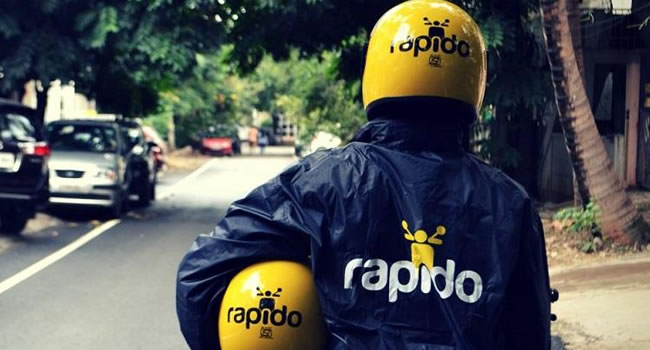 India’s bike taxi aggregator, Rapido, has on Monday announced closing a $52 million in a new financing round.

The raiser comes as the six-year-old startup looks to find space in a category dominated by Ola and Uber in the South Asian market.

According to Rapido, the new funding was financed by Shell Ventures, Yamaha, Kunal Shah of CRED, Amarjit Singh Batra of Spotify India, and Positive Moves Consulting.

However, the round also saw the participation of existing investors to include Pawan Munjal of Hero Group, Westbridge, Nexus Venture Partners and Everblue Management.

Today, the startup has raised over $130 million as it continues to offer its two-wheeler service in about 100 Indian cities.

Commenting on the development, the startup said its platform, which was hit by the coronavirus pandemic that prompted India to enforce lockdown in several states, has already seen an 85% recovery, attributing its growth in part to the growing e-commerce and hyperlocal delivery opportunities in India.

Tech Trivia: Which is odd in the pack?
A. uLesson
B. Schoolcounty
C. ScholarX
D. Future Africa
Answer: See end of post

The raiser saw the participation of Owl Ventures, Khosla Ventures and Outcomes Collective.

The new raiser came nearly three years after Kiddom’s Series B, a $15 million round led by Owl.

Founded in 2012, Kiddom was able to raise millions without revenue or a clear business model.

“At our Series B, we were definitely not making money,” Manjee said.

Adding that: “We have a free product that teachers and students use, and the idea was to build an enterprise product on top of it.”

Experts noted that the company’s idea is a common strategy with bottom up sales, citing how ClassDojo, another edtech startup prioritized adoption for years before it finally introduced a paying version of its classroom socialization product.

While others are edtech startups in Nigeria, Future Africa is a venture capital firm, providing capital, coaching, and community for mission-driven innovators “building an African future where prosperity and purpose are within everyone’s reach.”