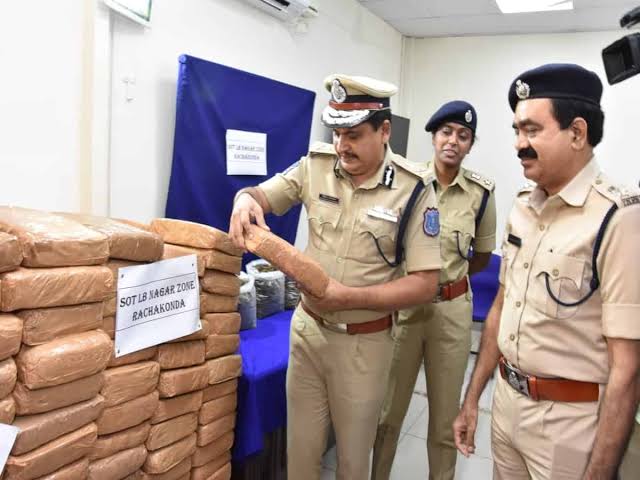 A Nigerian drug dealer described as the biggest player in the distribution of illicit drugs in India, Chukwu Ogbonna David, also known as Tony Dave, has been arrested by the police in the Asian country.

The suspect who was on the wanted list of the Indian police for many months, was reportedly arrested on Thursday at his hideout in Hyderabad, the capital of southern India’s Telangana state, after a massive manhunt for him, the Hyderabad Police said in a statement.

The report stated that the 37-year-old suspect was arrested with nine other accomplices who were identified as either drug peddlers who sold the narcotics to Tony’s users themselves.

“The Hyderabad Police also found that the suspect, Tony, established a network of agents in different places including Mumbai, Goa and Hyderabad and after accepting online payments, supplied the drug.

“Tony who is a Nigerian national, is the biggest drug dealer in India and was on the wanted list of the police.

“Tony carried out his activity mostly in South Indian states. We are also probing if the consumers were hosting parties and using the drug,” the police report noted.

The Hyderabad Police Commissioner, CV Anand, who confirmed the arrest of the Nigerian suspect at a press conference, said he was purchasing the drugs from another Nigerian international drug-peddler known as Star Boy, who shipped the narcotics into India and other Asian countries in large quantities.

“The main supplier, Star Boy, used only WhatsApp or VOIP network to contact his agents.

“He does not meet anyone nor does he interact through direct phone calls. We suspect he is operating from some African country and through his network, supplies the drug in containers shipped to India.

“The City Police would be writing to the Ministry of External Affairs and Ministry of Home Affairs seeking help in contacting the Nigerian government to nab Star Boy,” Anand said.

Woman sentenced to death for WhatsApp post against Prophet Muhammad