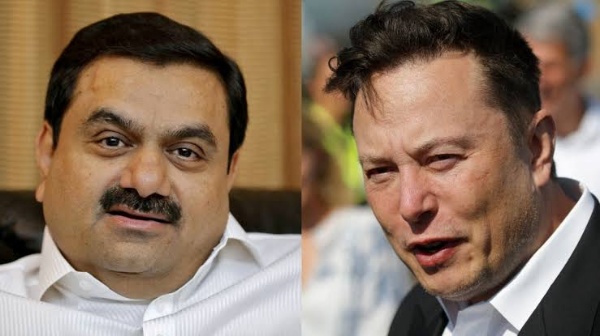 Indian billionaire, Gautam Adani, has become the second richest person in the world two weeks after he climbed to the third spot on Bloomberg Billionaire Index, closing the gap on Tesla’s founder, Elon Musk.

The billionaire, who founded Adani Enterprises in 1988, had surpassed the Chairman of LVMH Moët Hennessy, Bernard Arnault and American business magnate, Bill Gates in August, with only Jeff Bezos and Musk standing between him and becoming the richest person in the world.

Adani has now surpassed Bezos, after the Amazon founder lost $2.74 billion at the close of trading on Friday, dragging his wealth down to $147 billion.

Ripples Nigeria gathered that the Indian billionaire had also lost a whopping $2.12 billion from his wealth during trading, as Adani Enterprises stock value fell by -1.17 percent from 3,748.70 Indian Rupee to 3,705 India Rupee.

Adani’s fortune was estimated at $149.12 billion before he lost the $2.12 billion. However, the loss was not enough to prevent the investor from rising to second spot on the rich list.

Therefore, Adani currently sits behind only Musk, who is worth $264 billion.

The world’s richest man had also lost $376 million during trading earlier in the week.

And with Musk losing $6.44 billion year-to-date and Adani making $70.3 billion in the last nine months, the Indian billionaire is set to challenge the world’s richest man for the top spot in the months ahead.