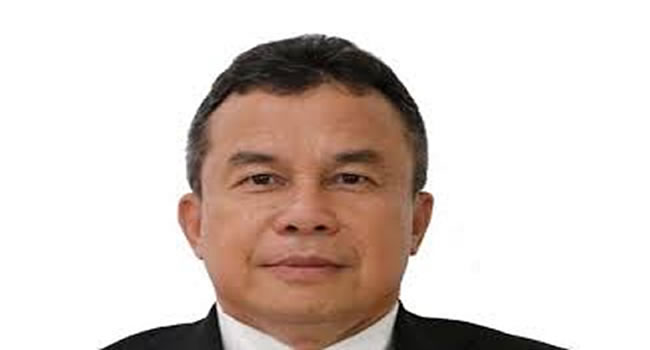 The Indonesian authority has defended the immigration officials who assaulted a Nigerian diplomat Abdulrahman Ibrahim, in the South-East Asian country.

The country’s High Commissioner to Nigeria, Dr Usra Harahap, told the Minister of Foreign affairs, Geoffrey Onyeama, in Abuja that the Nigerian diplomat was the aggressor during his encounter with the immigration officials.

Ripples Nigeria had reported on Wednesday that a video which went viral on social media, showed Ibrahim being assaulted in a car by some Indonesian immigration officials in Jakarta, the nation’s capital.

The incident, which happened on August 7, had sparked a diplomatic row between Nigeria and Indonesia, with the Federal Government recalling Ogar for consultation, and threatening to review the bilateral relations between the two nations.

But to a copy of the Indonesian envoy’s presentation to Onyeama on Monday, showed that the envoy disclosed that the immigration officers from South Jakarta Immigration Office were carrying out surveillance on foreigners when they asked Ibrahim for identification, but the diplomat allegedly refused to identify himself or tender his passport.

He stated “By that time, they met with Mr Ibrahim and politely requested him to show his travel document. He answered that his passport was in his room.

“Then the officer asked again, ‘Can we see your travel document to check the Residence Permit? And if there are no problems with the document, you may continue your activities.

“The officer said, ‘We will not detain you further sir, if you can show us your identity card.’ Then Mr Ibrahim said, ‘Where is your car, I’ll come to your office.’

However, Harahap noted that Ibrahim later showed his identity card, noting that the issue was resolved when the Nigerian high commissioner to Indonesia arrived at the South Jakarta Immigration Office around 6:30 pm, together with the staff and his police guard from the Directorate of Security of Vital Objects of Police of the Greater Jakarta Metro Area.

He also said the officer, who was injured by Ibrahim complained about the attack on him but did not process it further because the matter had been resolved. However, the spokesman for the Indonesian High Commission in Nigeria, Mr Zaenur Rofid, said an investigation into the incident was still ongoing to know if the immigration officials would be sanctioned.

Meanwhile, the Nigerian High Commissioner to Indonesia, Usman Ogar and Ibrahim, who was assaulted by the immigration officials, will arrive in the country today.

Ripples Nigeria had also reported that the Indonesian government had said it regretted the manhandling of Ibrahim by its officials.

Buhari may return to Nigeria today

In 2023, President must be a Southerner in spirit of unity, fairness —Okupe