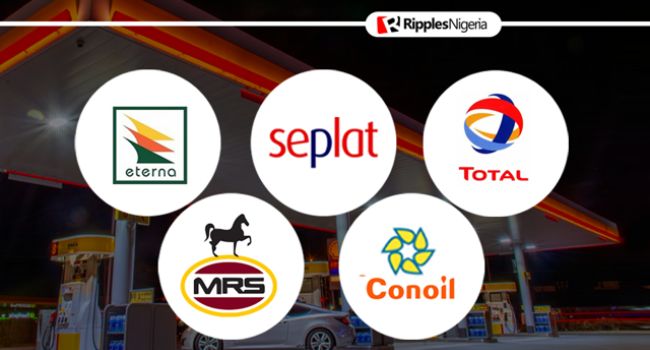 It’s been two years since the oil industry experienced a meltdown in their earnings, with oil price falling to as low as $20 due to Coronavirus outbreak and COVID-induced lockdown.

For almost a year, the lockdown disrupted oil supply chains, knocking down demands, as transportation and other oil-driven industries were completely and temporarily shutdown, before making a return to operation last year.

But two years after the global lockdown, oil price has risen to its highest level in recent years, trading currently at $113.6, with international oil companies cashing out after the 2020 loss – however, not all Nigerian companies are milking from this price surge, according to analysis of their earnings for Q1 2022.

Oando, Ardova and Rak Unity Petroleum Company were not among companies analysed, as they are yet to release their financials for the period under review, while revenues generated by Total, Seplat, Eterna, Conoil and MRS were tracked for this report.

Ripples Nigeria’s quarterly best performing oil and gas companies is determined by the growth of the oil companies turnover within the three months of each quarter, and that of Q1 falls between January to March.

Eterna oil ended the first quarter as the best performing oil and gas company, as its revenue grew 84.8% year-on-year, after grossing N26.8 billion, surpassing the N14.38 billion generated in Q1 2021 with N12.43 billion.

Seplat was the second best performing company after growing its revenue to N100.61 billion in the first quarter 2022, a 73.6% difference (representing N42.68 billion) when compared to the N57.93 billion of last year Q1.

The foreign oil company generated N97.60 billion between January to March 2022, increasing its revenue by 46.3%. Which means Total added N30.91 billion to the N66.69 billion grossed in Q1 2021 – making it the third best performing firm in the sector, based on earnings tracked.

Note: The increment in oil price is yet to translate into higher earnings for the oil companies in Nigeria, as the Federal Government is yet to increase pump price to reflect market reality, and the firms are very much dependent on fuel subsidy.