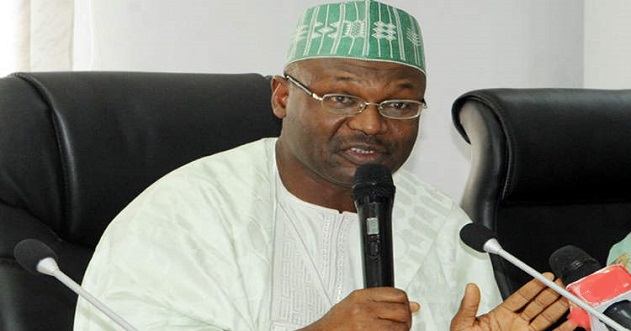 With just a few days to the planned general election in the country, it will be appropriate to acknowledge two remarkable developments.

First and very fundamental, is the relentless efforts by the independent National Electoral Commission (INEC) to ensure a free and fair exercise. Second is the ‘exiting progress’ made by the Federal Government in resolving the lingered strike action by the Academic Staff Union of University (ASUU).

These towering achievements notwithstanding, what presently calls for concern is a recent revelation that a high percentage of the about two million university students across the country who registered to vote in their various institutions may not have the opportunity to exercise their rights during the forthcoming general election despite federal Government truce with ASUU. As the vast majority of the students are not ready to resume due to the current security instinct in the country.

Going by what the students are saying , it has again in my views portrayed INEC’s scope towards this general election as narrow and Federal Government’s vision as extremely restricted.

Why this calls for concern is that Nigerian youths over the years have complained of being haplessly relegated to the background in the scheme of the nation’s affairs with the leaders being more aggressive and insensitive to their opinion and abilities- a development that compelled the youths watch from the ‘political gallery’ despite striking successes recorded at the global stage.

As an illustration, many have argued that since independence, except for those that got to position of authority through undemocratic means in the time, it is only the incumbent governor of Kogi State, Alhaji Yahaya Adoza Bello, who is just a little above 43years and the immediate past Governor of Lagos State who is now the Federal Minister in charge of Power, Works and Housing, Babatunde Raji Fashola (SAN) who governed Lagos State at a relatively youthful age and a hand full of others yet to be identified , others got to power at over 50.

This narrative, however, may appear as a mere occurrence or coincidence when viewed peripherally but the truth of this word is that the root of this national malady goes deep into the venality and incompetence of the successive administrations.

To further put issues where they belong, over the last few months, as I wonder where the Federal Government found the kind of courage in the first instance to keep these youths at home in the name of ASUU strike, other question begging for answers came flooding.

And fundamentally, it will be highly rewarding in political and socioeconomic terms if the government and INEC provide answers as to why the things Nigerians previously took for granted are now under attack? Why must INEC prevent these youths from participating in a process that will have a far reaching effect in their future? Can’t INEC organize centers in different towns and cities for students with similar cases? if other countries made provisions for Diaspora voting, why is INEC not looking at such arrangement for students outside their areas of registrations?

But even if an answer is provided to the above it will not in any appreciable erase the belief among the vast majority of Nigerians that something overwhelming has happened to our country and consequentially changed how we live what we expect- especially as deliberate attempt particular instance is the deliberate attempt is dally made to censor every aspect of our nation-hood.

The reasons for the above are not just barefaced but simple and enlightened.
Aside from the fact that similar decisions by past administrations led to the loss of hope and brought a growing sense of political apathy among the youths, this purported plan to exclude these youths can only but aggravate whichever problem it allegedly meant to solve.

Again, for this to be happening at a time when the youths are already feeling insecure and powerless that their sense of democracy and equality are daily undermined, can only but promote the already strained relationship between the government and the teaming youths.

Without question, allowing this election go on without adequate arrangement for this youth will in my opinion negatively affect their understanding of community and have their definition of nationhood weakened.

Why all this should be a reality to worry about is that poor countries such as ours are poor not because of ignorance or culture but because ‘those who are in power make choices that create poverty. They get it wrong not by mistake or ignorance but on purpose. And to understand this, ‘one must go beyond economics and expert advice to study how decisions are actually made, who gets to make them and why those people decided to do what they do’.

This fact also is responsible for why the nation’s political space is also filled with leaders that cannot accommodate, coach or invite the youths to start learning leadership via a sincere political apprenticeship while forget that ‘there comes a time in live ‘when the oppressed cannot remain oppressed’.

Markedly, Nigerian youths in my views are like emerging market which must emerge with time.

To reverse this abnormal situation it is my humble submission that what the youths currently need from our leaders is not oppression suppression or exclusion from exercising their electoral rights but support, direction and provision of opportunities to acquire sound education and undergo political apprenticeship.

INEC as a body should therefore adopt a productive collaboration and engagement that will guarantee a free,fair and credible electoral exercise that will give the youths opportunity to exercise their franchise.

For the youths, what Nigerians expect is a development of potentials that are politically new, something that is not yet known and not in existence, which will establish new political configurations. This is an imperative demand as their political survival should not be left to chance just as anyone that fails to search for his potential leaves his survival to chance.

Above all the FG must not allow these teaming youths be disenfranchised. The reason is that the future of our nation depends on these young people as their generation shall definitely provide the next generation of leaders.