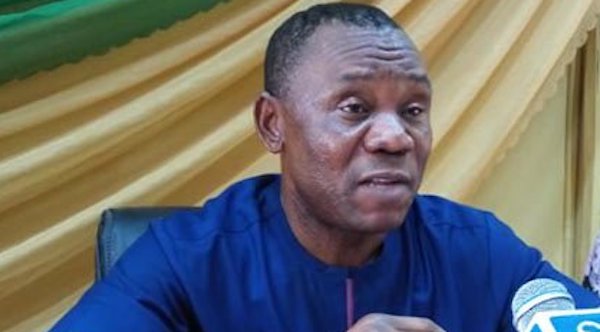 Reacting to claims that he was sacked for using the INEC premises in Cross River to declare his membership of the All Progressive Congress (APC), Briyia stated that the commission lacked the powers to unilaterally sack him.

Briyia said his preliminary investigations revealed that the report was fake, adding that he only resigned his appointment to join partisan politics and participate in the forthcoming governorship election in Bayelsa State.

Speaking on Wednesday at the secretariat of the APC in Yenagoa, Briyia said: “No, INEC did not say so. INEC never meant to say so. I officially and legally resigned my appointment and INEC will attest to that. Let me state this. The REC is nominated by the President and the President sends the nominees to the Senate.”

“It thereafter the President only, can sanction the REC. I have contacted INEC headquarters and the news about my sack is fake news. INEC said they didn’t say a thing like that. I’m sure you have watched or maybe read INEC publication, you won’t find anything like sack because I resigned officially.

“My departure created a vacuum and in INEC tradition the moment there’s no REC the administrative secretary takes over, that was what INEC meant. INEC doesn’t mean that I was sacked. So, don’t misquote INEC”.