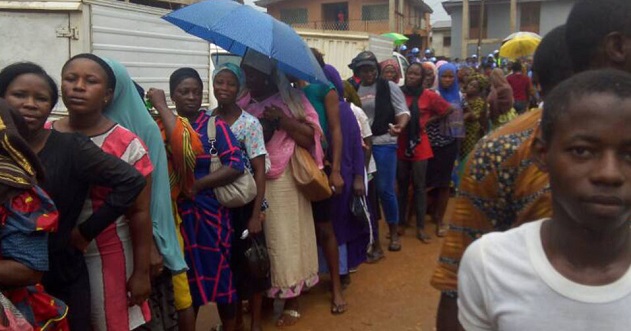 The Independent National Electoral Commission (INEC) has said it would manually transmit results of the forthcoming general elections rather than electronically.

The commission Chairman, Mahmood Yakubu, during the regular quarterly meeting with media in Abuja on Tuesday said there was need for a law to back up the process of transmitting the results electronically.

He said, “The Commission is also aware of the interest expressed by the media to learn more about the commission’s electronic results transmission process, including its backend processes.

“This meeting will include a presentation on the pilot we carried out in some of the off-season elections conducted by the Commission.”

Mr Yakubu appealed to the media to embark on the sensitisation of voters especially in the area of tackling vote buying.

“We appeal to the media to continue to partner with the Commission by making information available to us while we work with the security agencies to deal with the violators of our electoral laws.

“These include those who may be trying to compromise our staff responsible for making the PVCs available for collection by legitimate voters.

“We understand that some actors have been going round hunting for our staff responsible for the distribution of PVCs. We are aware of this and we are ahead of them,” he said.

While speaking, the National President of the Nigeria Union of Journalists (NUJ), Chris Isiguzo, assured of media support while noting that the union would not tolerate clampdown on its members as seen in the recent invasion of Daily Trust Newspapers by the army.

“It will be unacceptable to see the repeat of what happened 48 hours ago where journalists working with Daily Trust Newspapers were arrested and their computers were taken away.

“This is not good for democracy and I believe Nigeria is a democratic nation and such thing should not be happening.’’

Mr Isiguzo said the union intended to also reach out to the military and other security agencies with a view to ensuring that they regarded journalists as key stakeholders in the Nigerian project.

“Media practitioners are not criminals, they are people concerned with going forward of the country and intend to have a sunnier climes where all Nigerians will be happy to live in,’’ he said.