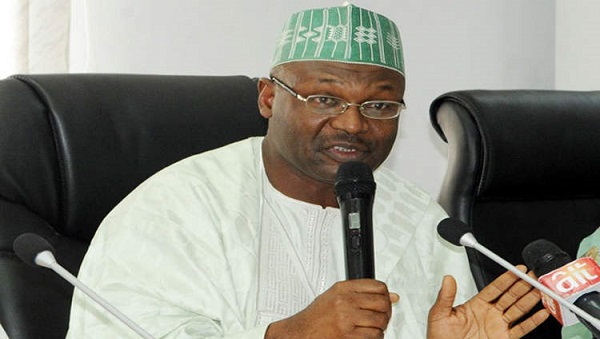 The Independent National Electoral Commission (INEC) has fixed September 19th 2020 for the governorship election in Edo and October 10th, 2020 for the gubernatorial poll in Ondo state.

This was revealed on Thursday by the Chairman of the electoral body, Professor Mahmood Yakubu, while briefing newsmen in the Federal Capital Territory (FCT), Abuja.

In the timetable for the election activities for Edo State governorship election, INEC stated that conduct of primary election and resolution of disputes arising from primaries would be between 2nd of June to 27th of June while campaign would kickstart on the 21st of June.

INEC fixed 17th of September for the end of campaign, stating that “Section 99(1) of the Electoral Act 2010 (as amended) provides 90 days for the commencement of campaigns by political parties and end of same 24 hours before polling day.”

Speaking further, Yakubu said; “The tenure of the Governors of Edo and Ondo States will end on 12th November 2020 and 24th February 2021 respectively. Pursuant to the provisions of Section 178(2) of the 1999 Constitution and Section 25(8) of the Electoral Act 2010, elections cannot hold earlier than 150 days and not later than 30 days before the expiration of the term of office of an incumbent Governor.

“Accordingly, the Commission has fixed Saturday 19th September 2020 as the date for the Governorship election in Edo State andSaturday 10th October 2020 for Ondo State. Detailed Timetable and Schedule of Activities for the two elections will be published on our website and social media platforms shortly.

“Similarly, the Commission is conducting bye-elections in three (3) constituencies as a result of the deaths of some serving members of the National and State Assemblies. The Honourable Speaker of the House of Representatives has declared a vacancy in Magama/Rijau Federal Constituency of Niger State.

“These bye-elections will hold simultaneously in the three (3) States of the Federation on Saturday 14th March 2020. Again, the detailed Timetable and Schedule of Activities will be published on our website and social media platforms shortly,” he added.