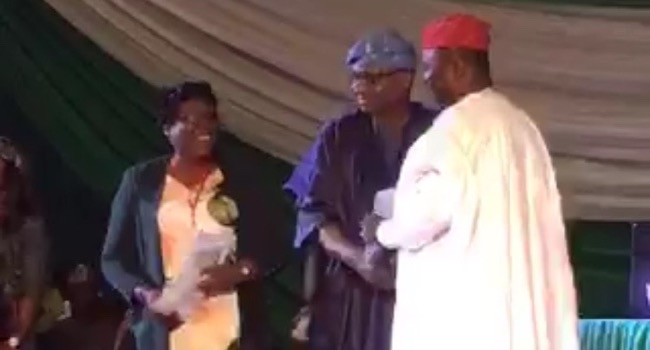 Imo State governor, Rochas Okorocha was conspicuously missing as politicians who won senatorial elections in their respective states were presented with certificates of return by the Independent National Electoral Commission (INEC) on Thursday.

The senators who emerged winners of the February 23 National Assembly election were called up state by state to collect their certificates at the event that took place at International Conference Centre, Abuja.

House of Representatives members-elect are expected to receive theirs later in the day.

INEC had said it will only present the certificate to those whose names were listed earlier on its website.

Okorocha who contested on the platform of the ruling All Progressives Congress (APC) and was declared winner of Imo West Senatorial zone was not listed among those to receive the certificate, following allegations that the INEC Returning Officer was forced to declare him winner of the poll under duress.

The governor had following the ommission of his name from those to be presented with the certificate, boasted that INEC lacked the power to deny him a certificate of return.