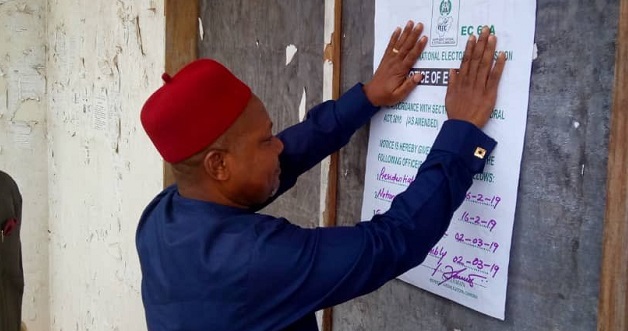 The Independent National Electoral Commission (INEC) has released notice of activities for the 2019 general elections which will begin with the presidential and National Assembly elections on February 16.

The electoral body pasted the notice at its Federal Capital Territory (FCT) office in Abuja at the weekend.

Ndidi Okafor, Head of Voter Education and Publicity Gender and Civil Society Liaison of INEC, FCT, who spoke on the developmwnt, explained that the notice was in accordance with section 30 of the Electoral Act 2010.

Going by the notice, collection of nomination forms for national and state elections by political parties is fixed between August 17 and August 24 2018.

It placed dates for collection of forms for FCT elections between September 3, and September 10.

“The last date for submission of nomination forms by political parties has also been scheduled for December 3 for presidential and National Assembly Elections and state elections December 17.

Ms Okafor further hinted that INEC has announced November 17 as the last date for the withdrawal or replacement of candidates for president and National Assembly elections, and December 1 for governorship and state Houses of Assembly elections.

The commission would on January 2, 2019 make public notice of the polls, while it will on January 7, 2019 publish official register of voters for the elections.

The general elections will kick off with the presidential and National Assembly elections on 16 February. 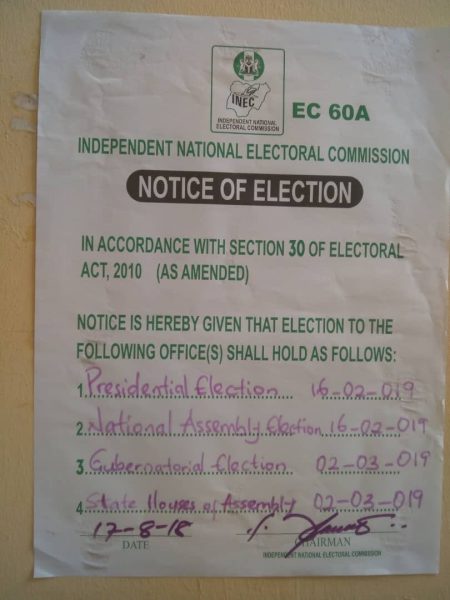