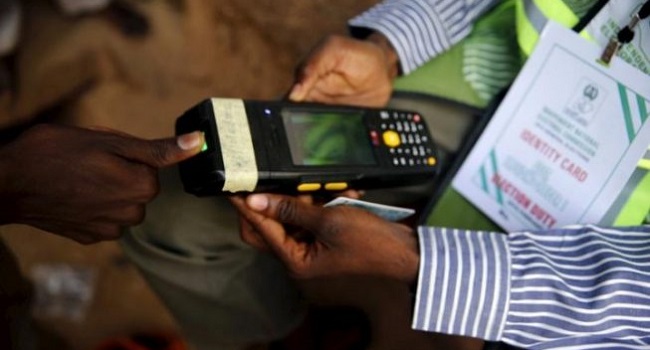 A staff of the Independent National Electoral Commission (INEC), Ejike Nwankwo, has been arrested by the Akwa Ibom state police command for alleged illegal possession of four card readers after the 2019 general elections.

Police Public Relations Officer in the state, SP Odiko Macdon, on Wednesday confirmed the arrest of Nwankwo in Akwa Ibom.

The suspect has however been released on bail while investigation is ongoing.

SP Macdon also stated that the Police have written to the electoral body for more details on the four card readers.

“Yes, there was an arrest by the men of the Command and the said person is an INEC staff.

“One, we know he is with the ICT department after we had carried out a preliminary investigation.

“The Commissioner of Police has ordered us to carry out a more discreet investigation into the matter.

“INEC is in a better position to explain why he was in possession of the card readers. Our own is to apprehend offenders and prosecute them,” he stated.

He said that the police routine stop-and-search on the suspects’ car on May 17 led to the discovery of the card readers.

However, Public Affairs Officer of INEC in Akwa Ibom, Don Etukudo, on Wednesday in a statement made available to newsmen, said that the four card readers were used for the training of ad hoc staff of the commission by the officer during the 2019 general elections.

He said the four card readers did not have data in them that could have influenced the outcome of the election.

According to him, the suspect was incapacitated just after the polls and could not return the card readers because of the illness but left them in his car, which was taken to the mechanic by his brother-in-law while he was in the hospital.

“The Resident Electoral Commissioner, Mike Igini has been away from the State to South Africa and Malawi where he would deliver lectures preparatory for those countries’ elections and could not have engaged anyone for any unwholesome purpose as alleged,” he said.