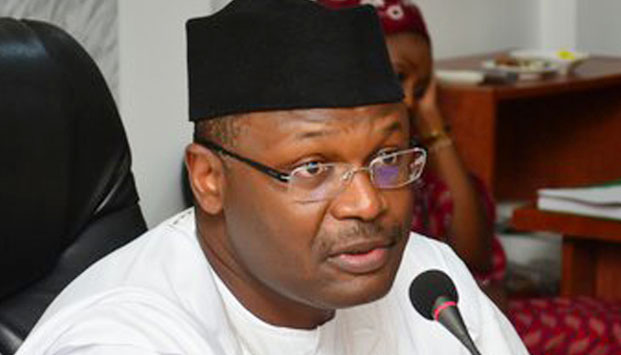 Less than 24 hours after issuing a certicificate of return to former Imo Governor, Rochas Okorocha, the Independent National Electoral commission (INEC) has said it will still appeal the court order that compelled it to issue the certificate.

In a statement on Wednesday by Festus Okoye, the National Commissioner in charge of Information and Voters Education, INEC said it was only complying with court orders despite having reservations.

The statement read: “In arriving at this decision, the Commission also took into consideration the Orders issued by two High Courts in the Owerri Judicial Division in Suits No. HOW/ 596/2019 issued on the 23″ day of May 2019 and another dated the 11th June, 2019 issued in Suit No. HOW/663/2019 restraining the Commission from issuing Certificate of Return in respect of the said Senatorial District.

“It is noted that both are interim orders issued Exparte and not final orders of Court”.

According to INEC, in obeying the judgment, “the Commission is demonstrating once again its longstanding commitment of complying with all orders of court, including those with which it may have reservations.

“However, the Commission must put on record its very profound concerns about the likely consequences of this judgment for our electoral process in particular and our democracy in general.

“Obviously, persons who seek elective offices could perceive in this judgment an irrelevance of due process and acting within the law.

“It is not farfetched that some of them could in future disregard laid down processes, including voting, arm themselves and mobilize thugs and compel Returning Officers to declare them elected, irrespective of the true outcomes of elections.

“Moreover, it may become increasingly difficult for the Commission to convince its officials that they are safe to carry out their legitimate functions without fear of being harassed, held to ransom or visited with bodily harm”, the commission said.

He concluded saying that INEC remains “commited to due process and obedience to the Rule of Law in its dealings with all parties and candidates.

“We assure Nigerians that we will not waiver in our determination to enthrone a credible electoral process in Nigeria”.