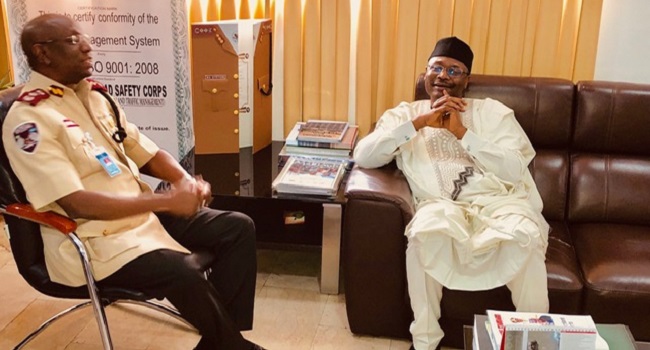 The Independent National Electoral Commission (INEC) has said it is going to investigate the Federal Government for possible election finance infraction through the TraderMoni scheme.

INEC Chairman, Prof. Yakubu Mahmood stated this in response to enquiries from journalists after a presentation on the forthcoming elections at a session of the Federal Road Safety Corps Zonal Commanders at the FRSC headquarters, Abuja, presided over by the Corps Marshal, Dr Boboye Oyeyemi.

According to the INEC Chairman, the electoral body has a mechanism for tracking campaign finance violations by candidates and their parties.

Mahmood explained that INEC would study public comments on the scheme and investigate the Federal Government for possible violation of the campaign finance laws.

The implementation of the TraderMoni close the the 2019 general elections has caused eyebrows to be raised by many Nigerians and corporate bodies, including a civil society organisation, Transparency International.

Transparency International specifically described the TraderMoni scheme, through which the Federal Government gives N10,000 to traders and artisans, as a form of vote-buying.

Though Mahmood had declined to comment on the issue, saying his commission would not like to “join in this kind of discussion”, he however responded after he was asked if his commission was not worried about the positions of Nigerians on the scheme.

“This is not a matter for INEC to comment on and I would not comment on that basis. There are so many things people say of partisan nature and INEC doesn’t join in this kind of discussion.

“As far as I’m concerned, we are talking about things happenuing at the polling units. Yes, we have a mechanism for tracking campaign finance, but this doesn’t fall under campaign finance in terms of expenditure by candidates and parties.

“But I would study all the comments we have heard from people on that particular scheme and see if it’s related to the kind of things that we should be tracking and the Independent National Electoral Commission would track accordingly”, Mahmood said.