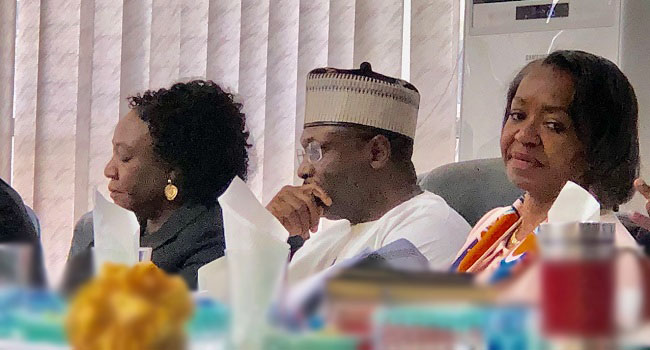 The chairman of the commission, Prof. Mahmood Yakubu, made the revelation on Monday in Abuja while presenting the register of 84,004,084 voters to political parties.

At the meeting which was the commission’s quarterly consultative meeting with political parties, the INEC boss said, “A new method of vote-buying is being devised. We have received credible information that some partisan actors are now going round buying up PVCs from voters or financially inducing them to collect the VINs on their PVCs.

“In some instances, telephone numbers and details of bank accounts of voters have been collected. By collecting the PVCs, their intention may be to deprive the voters of voting since no one can vote without the PVC. By collecting their phone numbers and bank details, the intention is to induce voters by electronic transfer of funds to their accounts since it will be difficult to buy votes at polling units.

He said the commission was aware of the new tricks and was working on a system that would counter the new approach.

To ensure credibility, Yakubu noted that INEC had designed campaign finance reporting forms that would monitor spendings by political parties, including donations by individuals and organizations to campaign.

He maintained that the commission was working with already scheduled timetable for the election while dates of activities remained unchanged.

He added that there was no change to the number of polling units and voting points used during the 2015 general elections.

He urged Nigerians to collect their PVCs in person while dismissing insinuations that the Smart Card Readers would not be used for the 2019 General Elections for accreditation of voters.

“First, it shall be used to confirm that the PVC is genuine and issued by INEC. Cloned cards or cards that do not match the codes for a particular polling unit in which the voter is registered will be rejected by card readers. Secondly, card readers shall verify that the voter who presents the PVC is the actual owner of the card by ensuring that the personal details on the card reader are consistent with the manual register for the polling unit.