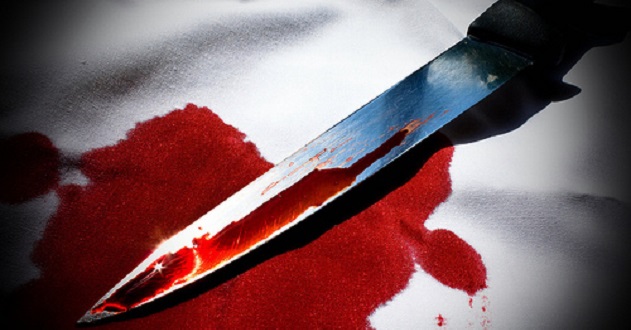 A 19-year-old housewife identified as Mary Adeniyi is now cooling her heels in police net for allegedly stabbing her 30-year-old husband, Solomon Nduka, to death after a heated arguement over infidelity.

Reports say the suspect (a mother of a four month old baby) committed the crime on Friday, February 15, 2019 at their house on Sagamu Road in the Ikorodu area of Lagos State.

Nduka was reportedly rushed to a nearby hospital to attend to his deep cuts but was confirmed dead.

According to a neighbour who declined to be named, the couple had in the past been involved in heated arguements which degenerated into fights.

The neighbour said, “The deceased was a casual worker. The couple got married not quite long ago and they had a child together. The four-month-old boy is still being breast-fed.

“The man had been suspecting that his wife was unfaithful to him. He accused her of sleeping around that night and they started fighting. The man beat her up. The woman, in retaliation, took a knife and stabbed him in the neck. He was rushed to a nearby hospital where he died. The police from the Sagamu Road Division arrested her.”

He said; “The incident happened around 12.30am on February 15, 2019. The woman stabbed her husband in the neck and he died, The report that we have is that it is the man who accused the woman of infidelity. However, investigations into the matter are still ongoing.”