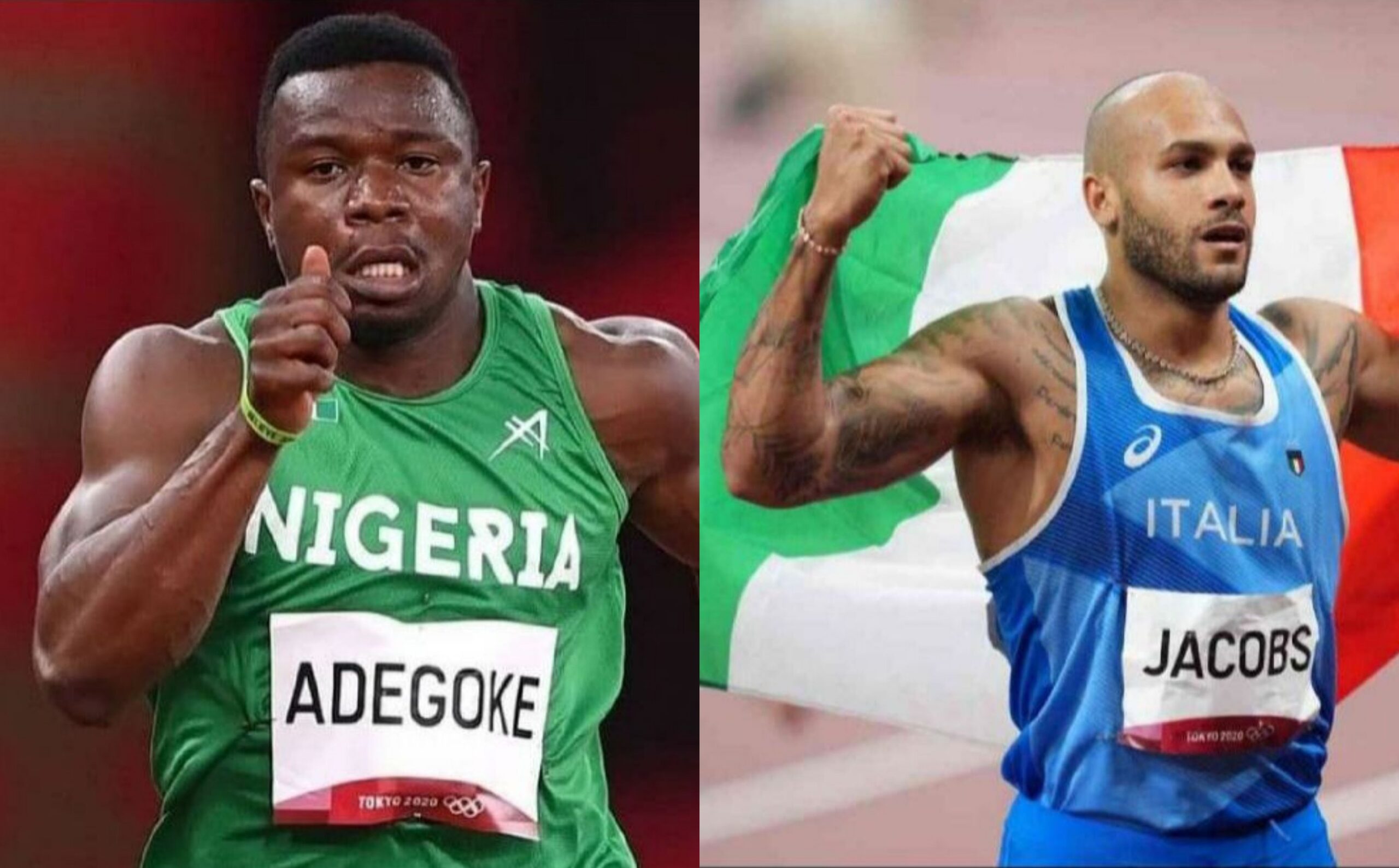 It was a sad end to an impressive Olympic debut for Enoch Adegoke as he sustained a suspected hamstring as Italy’s Lamont Marcell Jacobs claimed a shock gold in the Olympic 100m final.

Adegoke had raced into Nigerian history books as the third man to make the final of the 100m event at the Olympics after the duo of Davidson Ezinwa and Olapade Adeniken.

But after a promising start, Adegoke pulled out in the race to dash the hopes of a first ever medal in the men’s 100m at the Olympics for Nigeria.

Attention will now shift to the duo of Tobi Amusan and Ese Brume who are in the finals of the 100m hurdles and long jump respectively as Team Nigeria looks to bag their first medal in Tokyo.

On an evening of pulsating drama 26-year-old Jacobs, a former long jumper, powered clear in the last 30m to win in 9.80sec.

Jacobs is the first man to win the title other than sprinting great Usain Bolt since 2004.

Britain’s Zharnel Hughes was unable to compete after he was disqualified for false start.