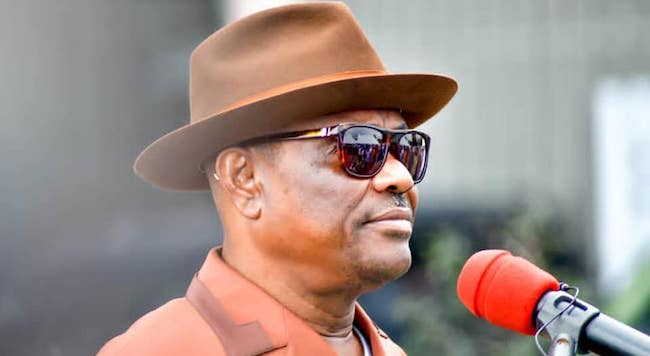 The Benue State Governor, Samuel Ortom, has reiterated his support for Nyesom Wike, his Rivers State counterpart over his alleged maltreatment in the wake of the presidential primaries of the Peoples Democratic Party (PDP).

Ortom made this call on Monday during an expanded caucus meeting of PDP in Makurdi, blaming the National Leadership of the Peoples Democratic Party (PDP) for failing to use internal mechanism to resolve the crisis rocking the party.

The governor urged the leadership to look at the issues and address them head on.

“The idea of dismissing people in politics that they do not matter is dangerous, because a single vote counts in politics.

“Injustice has been meted to Gov. Nyesom Wike of Rivers and it must be addressed. Justice must be served him.

“Wike stood and supported the party and he should be given due attention,” Ortom said.

He urged candidates who came up short in the primary to stick with the party.

APC was likely to lose control of the nation, according to Ortom, who also emphasized that the PDP would rebuild and save Nigeria.

He asked party members in the state who felt wronged to put down their swords and appealed for an end to all types of extortion within the party as they prepared for triumph in 2023.

Governor Wike’s camp has been at loggerheads with the party’s leadership over its perceived support for the continued stay of Iyorchia Ayu, the National Chairman.

This is at variance with the party’s zoning principle, Wike had clarified, in the aftermath of Atiku Abubakar’s victory at the presidential primaries.

Ayu and Atiku are both Northerners who hold the topmost positions within the PDP.

INSECURITY: Shehu Sani tasks govs to reveal those behind attacks in their states