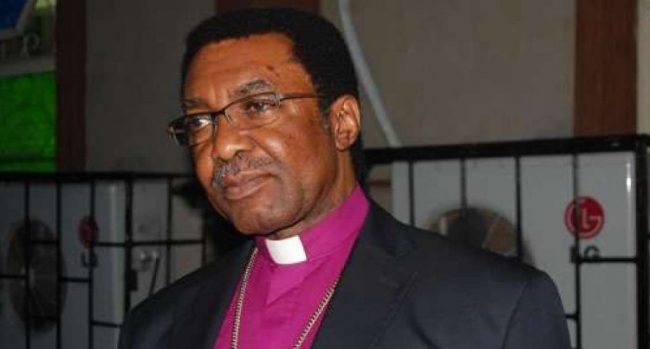 The Church of Nigeria, Anglican Communion, has called on the Federal Government to be alive to its responsibilities and protect the lives and properties of Nigerians in the face of worsening security situations in the country.

The Enugu Diocese of the Church, which made the call after the 3rd Session of its 17th Synod held at the Christ Church, Uwani, Enugu, lamented the rising cases of rape, defilement and other gender-based violence against the girl child, young girls and women in general, saying it was a negative life trend.

Continuing, the church equally condemned the rise in criminal acts such as kidnapping, banditry and killing by rogue herdsmen.

A communication issued after the Synod said that the Synod “feels greatly disturbed by the worsening security situation in Nigeria, particularly as it relates to rising cases of banditry, kidnapping and killing by suspected Fulani herdsmen and members of the Boko Haram.

It also noted with “dismay the state of violence, killings and insecurity in the country despite the huge investment in the security sector.”

The communiqué, which was signed by the Bishop of Enugu Diocese, Dr. Emmanuel Chukwuma, the Registrar of the diocese, H.B.C. Ogboko and the Synod secretary, Dr. Stanley Nweze, also expressed dismay “with the indulgence of men in rape, defilement, sexual and other gender-based violence against the girl child, young girls and women in Nigeria”, while also condemning what it called “the new trend of life in our polity.”

The Synod further noted President Buhari’s rebuke of service chiefs over their poor performance and calling on him to “abide by his oath of office by ensuring the protection of lives and properties”, while at the same time urging him to “ensure the replacement of all the service chiefs with competent and capable hands.”

The church further frowned on the “continuous violation of the presidential order on inter-state movement by Northerners, despite the number of COVID-19 checkpoints on the highways”, and condemned the “invasion of the South-East zone by suspected Fulani jihadists and Almajirai, despite the restriction order on inter-state border movement, which it blamed on “security personnel at the checkpoints who are mostly from the Northern part of the country.”

The Synod consequently demanded the immediate withdrawal of security personnel from the northern part serving at various checkpoints in the South East zone and called on the States and Local Governments in the zone “to be vigilant to avoid being overrun by these intruders.”

The synod furthermore called on the Federal Government to scale up efforts in the fight against corruption, applauding President Buhari for assenting to the Local Government autonomy law and called for its effective implementation to usher speedy development in the rural areas.