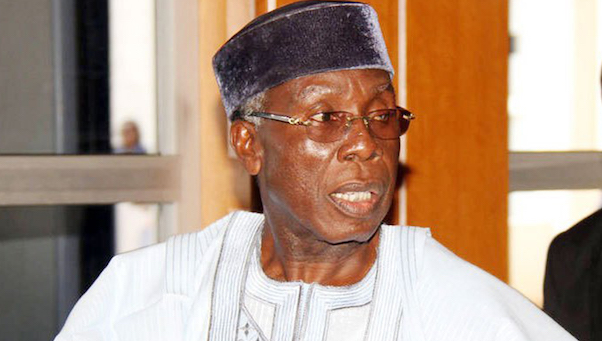 The pan-Northern socio-political organization, Arewa Consultative Forum (ACF) on Wednesday urged the Federal Government to declare no-fly zones in a few states in the region currently ravaged by banditry and other criminalities.

In response to last week’s abduction of over 300 students at the Government Girls Science Secondary School in Jangabe, the federal government on Tuesday declared a no-fly zone in Zamfara and banned mining activities in a bid to check the activities of bandits and other criminals in the state.

However, the ACF Chairman, Chief Audu Ogbe, in a statement issued in Kaduna by the Forum’s National Publicity Secretary, Emmanuel Yawe, urged the federal government to extend such flight ban Benue, Borno, and Taraba where bandits and Boko Haram insurgents have continued to terrorise the people.

He also congratulated the government and people of Zamfara State on the safe release of the abducted students.

Ogheh said: “Arewa Consultative Forum congratulates the people and government of Zamfara State on the safe release of the kidnapped schoolgirls from the Government Girls Science Secondary School in the state.

“We are also happy with the federal government’s decision to ban flights in the state.

“We also plead with the government to extend the ban to other states like Benue, Taraba, Borno where there are rumors that helicopters frequently drop arms for bandits and insurgents operating in these states.

“We believe that such an extended ban will curtail the operations of the criminals in these areas.”

Related Topics:#featuredArewaBenueflight ban
Up Next