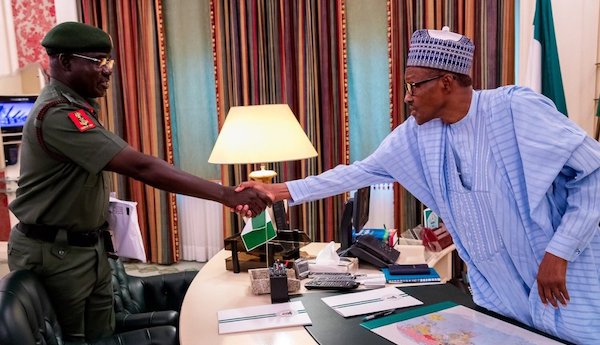 However, the agenda of the meeting between the president and the army chief was not made public.

But it may not be unconnected with the recent security situation in the country. Buratai is expected to brief President Buhari on his recent mission to the battlefields in the North East.

The army chief relocated to the North-East in April to coordinate the ongoing war against the Boko Haram and the Islamic State West African Province (ISWAP) terrorists by the Nigerian troops.