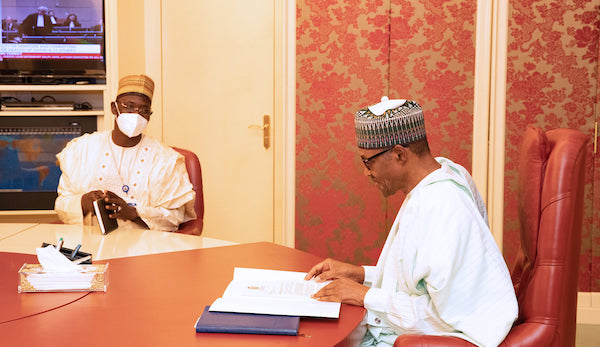 The meeting, according to presidential sources, was convened by the president to address the worsening security situation in Nasarawa.

In a chat with State House correspondents shortly after the meeting, Sule said Nasarawa had been in the news lately due to kidnappings and killings in the state.

He recalled that a traditional ruler was recently killed by unknown assailants in the state.

The governor, however, attributed the security challenges to bandits who were dislodged from the North West and North East parts of the country.

He added that the hoodlums are taking advantage of the state rocky situation to carry out their nefarious acts.

Sule said: “Hunters as well as the vigilante groups in Nasarawa State are able to follow because they are very familiar with the places.

“The criminals in Nasarawa State are new, they are not from Nasarawa State. Therefore, as a result of that, our own people are more familiar with the ground and are able to follow where they are.

“We have some of the bandits that were dislodged from the North West and the North East and they found some of these hilly places in Nasarawa State comfortable. So, they moved to those locations and as a result of that, we followed up to ensure that we track them based on what they do.”