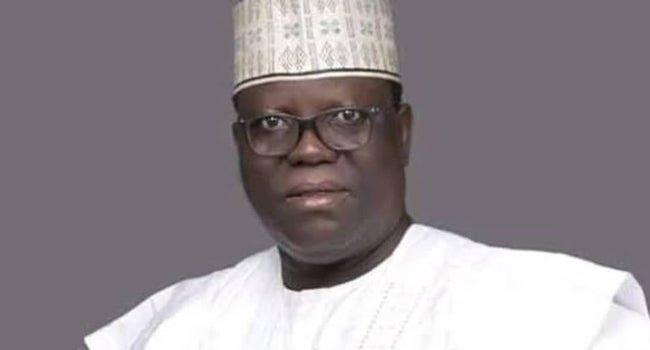 The Senator representing Gombe South Senatorial district, Amos Bulus, has stated that insecurity in Nigeria cannot be nipped in the bud without checkmating the cartels involved in illegal importation of arms into the country.

The lawmaker made the remarks on Wednesday in his contribution to an “Act that provides for the establishment of the Nigeria National Commission against the proliferation of Small Arms and Light Weapons and for other related Matters connected therewith, 2020.”

According to Bulus, gun runners are well known in Nigeria and those profiting from the illicit businesses of gun running are known but the government continues to pretend by turning its face the other way.

He said; “Mr. President, distinguished colleagues, we know the gun runners in this country and we are not doing anything about it. We only sit down to talk stories and stories without doing anything.

“There are people profiting from the business of gun running who live among us and we pretend as if nothing is happening.

“We should serialize guns in this country and if an armed robber is caught, through the serial number security agencies would be able to track the source the gun comes from.

“If we continue to sit and tell stories without action, we will be doomed. I have been hearing about arms in the last ten years without any action,” Bulus added.

Sponsor of the bill, Senator Smart Adeyemi (APC – Kogi West), said the functions of the Commission when established will among others include: identifying sources and routes of small arms and ammunitions; identifying those involved in the illicit trade; and providing harmonization of intelligence and information collection.

According to Adeyemi, the proliferation of small arms and weapons is a phenomenon responsible for destabilizing the peace, development and threatening the national security of some countries in Africa.

Noting that the local root causes of conflicts are numerous and diverse, Adeyemi, however, said that in all local conflicts, the diffusion of illegal arms and weapons of terror has played a decisive role in the escalation and intensification of these conflicts.

He said, “the proliferation of these weapons affects the intensity and duration of violence and encourages militancy rather than a peaceful resolution of unsettled differences.”

The lawmaker stated that, “in Nigeria, this has become a serious security challenge, adding “there is general insecurity as most parts of the country experience high level crimes perpetrated using illicit arms.”