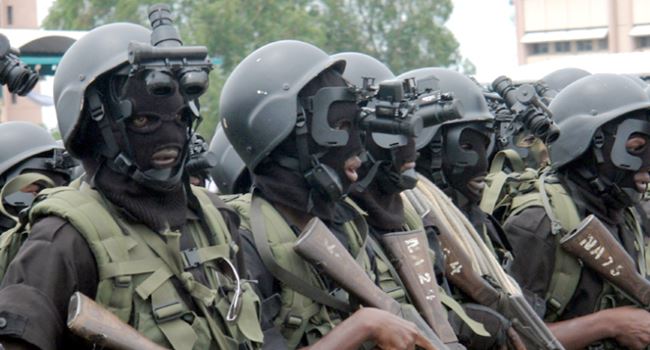 The Governor of Kaduna State, Nasir El-Rufai has welcomed the deployment of Special Forces to quell violence in the Southern part of the state.

Governor El-Rufai while addressing the Special Forces at the Sector 7 Headquarters of Operation Safe Haven in Kafanchan on Friday, expressed confidence that insecurity in the area will be nipped in the bud.

The governor who was represented by the Commissioner of Internal Security and Home Affairs, Samuel Aruwan, assured that the state government would continue to place priority on security as the backbone of sustainable development.

In a statement issued through Aruwan, Governor El-Rufai formally welcomed the Special Forces to Kaduna State, and Southern Kaduna in particular after their induction, stressing, “You are courageous and outstanding officers who have done well in Faskari, Batsari and other flashpoints in the country.

“I am optimistic that the Special Forces would do well in consolidating the gains already achieved by troops, police and other security agencies in the affected areas towards restoring normalcy.

“The state government is conducting series of engagements with traditional rulers, religious leaders, community leaders, civil society and other agencies, to promote peace in the state,” he noted.

He added that failure to recourse to the law only worsens the situation at hand, and as such, advising that citizens must resort to available lawful means for arbitration and amicable resolution of grievances.

This came after El-Rufai revealed those inciting wanton violence in his domain.

Governor El-Rufai who was speaking at the state’s Government House on Thursday while playing host to the Primate of Anglican Church, Henry Ndukuba, accused clerics of instigating violence in the State.

He said the clerics use their platforms to preach disunity rather than peace which would benefit the state. The governor however insisted that his administration has been able to contain violence at its point of origin.

Related Topics:El-Rufaisouthern kaduna
Up Next