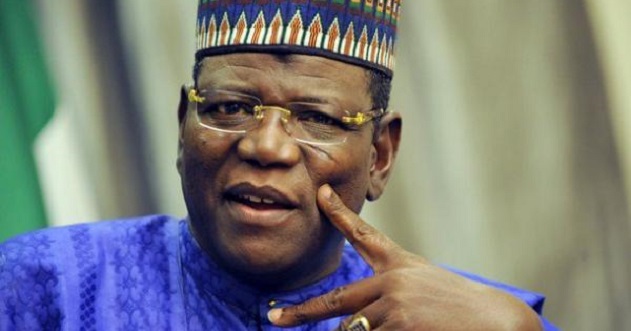 Sule Lamido, the Governor of Jigawa State, has expressed his backing for the Northern Elders Forum, NEF, led by Prof. Ango Abdullahi which had described the administration of President Muhammadu Buhari as a failure over incessant killings and kidnappings in the country.

Lamido who was reacting to the Presidency’s attack on the northern group over its statement on insecurity in Nigeria on his official Facebook account on Wednesday said that the issues raised by NEF are that of Nigerians.

The politician who reminded Buhari of the group’s support for him earlier, also advised the president to ignore advice from his aides, Femi Adesina and Garba Shehu and rather proffer immediate solutions to save the lives of Nigerians.

His Facebook post reads, “I urge Buhari to reflect on the response in his defense made on the statement of the Northern Elders Forum on the STATE OF NATION ON SECURITY by Femi Adesina.

“Sir, if you reflect on your political evolution from APP, ANPP, CPC to ACN the likes of Prof Ango and Hakeem Baba Ahmed and many more in the NEF have been your loyal troops through thick and thin and have never abandoned you even in defeat!

“The question you should ask yourself as the president is why have these groups and parties abandoned you in Victory to political mercenaries like Femi and Garba who are with you only for the pay?

“The issues raised are real and each and every Nigerian except Femi and Garba share these concerns, even you as our C in C claimed not to be aware of our insecurity situation until the likes of NEF raised the red alarm!

“You need to also read the warning written by Elder Statesman Bashir Tofa to Nigerian Big Men on the analysis of Insecurity in Nigeria, our Sub Region and Africa.

“I hope the General without troops Femi was referring to sarcastically is not you sir! You have many capable hands around you sir, listen to them, and engage them,” Lamido added.

The Presidency had on Sunday described the Northern Elders Forum (NEF) as a one-man army that revolves around its convener, Prof. Ango Abdullahi.

In a statement issued by the Special Adviser to the President on Media and Publicity, Femi Adesina, the presidency said the NEF does not have a credible membership, adding that the group had before the 2019 presidential elections expressed its hatred for President Muhammadu Buhari.

The presidency said the Peoples Democratic Party (PDP) candidate, Atiku Abubakar, who the NEF supported in the election suffered defeat.

REMATCH: Fury insists Wilder will ‘go to sleep’ in round two