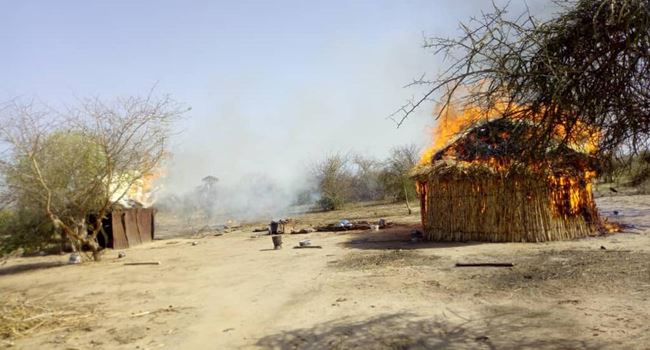 In efforts to end the ravaging insurgency in the country, troops of the Nigerian Army have killed scores of Boko Haram terrorists in northern Borno area.

A statement by army spokesperson, Col. Sagir Musa on Wednesday revealed that the terrorists were killed in an ambush the military laid on them upon intelligence gathered.

The statement also added that the troops recovered arms and ammunition from the terrorists.

“Consequently, the terrorists entered the ambush, which resulted in the death of unconfirmed number of the criminals and the following items were recovered: four AK 47 rifles, one 81 Millimeter Mortar, assorted ammunition, two Hilux Vehicles and one Pumping Machine. There was no casualty on the part of the national army.”

“The Army, through the Theatre Command of Operation Lafiya Dole uses this medium to commend and encourages those who availed the troops the information that led to the success of the operation, and further enjoined members of the public to be more forthcoming to the security agencies with useful information about the terrorists and other criminals in Nigeria.”