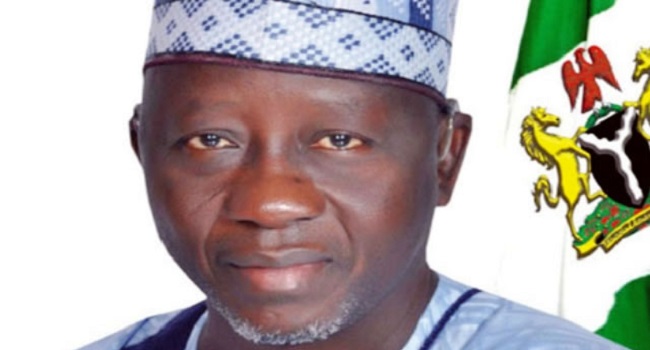 The Mada people of central Nigeria are predominantly domiciled in Nasarawa State, with Akwanga as their seat of power, housing the paramount ruler. They are generally peace-loving people who are mainly farmers with vast, fertile and productive farmlands.
Over the years, the Mada people housed strangers from different parts of Nigeria, especially their closed neighbours and also the Hausa-Fulani traders and Herdsmen. Most of these strangers carry out their activities (trading, farming and herding) unrestrained, and had over the years married from within the Mada people.

Furthermore, most of these settlers are now regarded are indigenous people, enjoying every right and privileges attached to been a Mada person. It is of interest here to note that the just elected governor of Nasarawa State, Engr. A.A. Sule is a product of this benevolence by the Mada people.

In spite of the few skirmishes and misunderstandings between the Fulani Herdsmen residing in different communities within the Mada Chiefdom over the years, no major crisis was recorded between the indigenous people and their guests.

Akwanga town, Andaha and other major communities within the Mada Chiefdom have long become refuge and places of succor to those displaced by the lingering Fulani Herdsmen attacks on communities in Southern Kaduna, Plateau State, southern parts of Nasarawa State and even Benue and Taraba States.

Over the last years, settlers (most notably the Fulani herdsmen) among the Mada people who have eaten fat from the land freely without any form of intimation, disdain, and harassment have turned themselves into becoming enemies of their host communities. These, they initially started in form of robbery on rural roads, deliberate destruction of farmlands and crops, contamination of major drinking water bodies, rape and confrontational land acquisition among others.

Not long enough, the atrocities by the Fulani Herdsmen against the Mada people translated into unprovoked attacks and killings of farmers, locals plying rural roads most especially in the night (since Mada people are known for nocturnal social events), rape and theft of farm produce to mention but a few.

Most recently, spores of Mada people were fortnightly attacked or maimed or killed or raped or on rare occasions taken hostage by suspected Fulani Herdsmen. These continuous acts of violence against the Mada people span through different communities within the Chiefdom.

One of the recent and widely noised violence against the Mada people occurred March 28 this year, when suspected Fulani Herdsmen ambushed a teenager, Joy Danlami (19) with her younger siblings as they return from Katanza, a neighbouring village to Mante their village. Although her younger siblings, Patience (16) and Aboy (14) escaped with gunshot and machete wounds, Joy was kidnapped, raped and brutally killed by the suspected Herdsmen.

After the ambushed, the suspected Fulani Herdsmen later attacked the entire village of Mante, Nindan and Katanza burning and rampaging houses and properties. Hundreds of people fled their homes for safety following attacks by the suspected Herdsmen on the three communities. The displaced persons took refuge in Andaha and Akwanga town, the headquarters of the Local Government Area.

Most recently, about 16 people were gruesomely killed while several others sustained various degrees of gunshot injuries as a result of an unprovoked attack by suspected Herdsmen while celebrating the birthday party of a young boy in Numa village of Akwanga LGA on Sunday, April 14th. A pregnant woman, the celebrant with his parents, and an aged person were among the dead.

Are these continuous and unprovoked attacks on the Mada Chiefdom by suspected Fulani Herdsmen that had long settled within the Chiefdom? Or by the invading Fulani Herdsmen? Or better still, is it a joint league and connivance by the former with the later?

Suspected Fulani Herdsmen attacking neigbouring southern Kaduna communities were reportedly revealed to have come from Niger, Cameroon, Chad, Mali and Senegal by Governor Nasir El-Rufai of Kaduna State. If that is true, by virtue of the proximity of the Mada Chiefdom with the southern Kaduna region, one may wonder if such ‘foreign mercenaries’ are gradually infiltrating the ranks of the Fulani Herdsmen long settled within Mada Chiefdom.

Communities and towns from Plateau State en route southern Kaduna, and from southern Nasarawa State into Benue State have long suffered from severe, coordinated and gruesome attacks by suspected herdsmen. These continuous unabated attacks on the indigenous people are obviously genocidal in nature.

The Mada Chiefdom and the Akwanga zone of Nasarawa State has been the only relatively peaceful terrain in-between the earlier mentioned States and areas. With these unprovoked attacks gradually becoming more frequent and bloodier, one may wonder whose script the attackers are acting within the middle belt. Is this a case of subtle, sophisticated and coordinated annihilation of the indigenous people of the middle belt?

Since these suspected killer Fulani Herdsmen don’t live in the space or some celestial bodies, the onus now lies on the security organizations to swiftly fish them out and do the needful. “A stitch in time saves nine.”

I’ll like to conclude this piece by calling on the government at all levels to urgently rise to their constitutional responsibility of protecting lives and properties. Our people must not continue to live in fear, timidity, and danger.

Mada Chiefdom must not be further stained with blood bath. We don’t need IDP camps in our land. Also, all Mada sons and daughter must now come together to proffer solution to this evil perpetrated in the land.

“Cameroonian” Presidential Candidate: What Atiku’s Lawyers should Tell the Tribunal