Home » Graffiti » Inside The DSS Gulag! 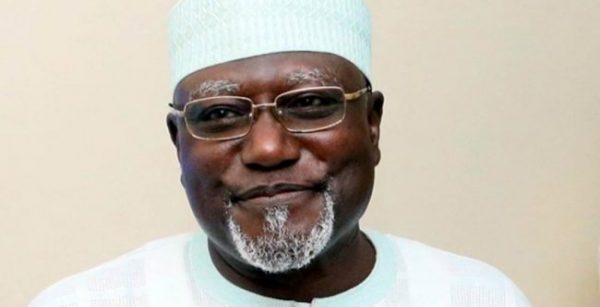 In every modern democracy in the world freedom of expression is one of the fundamental cardinal principles enshrined in the supreme laws of the land otherwise called Constitution. Democracy, in a nutshell, means power of the people, power to the people! In other words the people are the primary source of power and they serve as the repository of same. Democracy is generally seen around the world as the best system of government because it guarantees certain inalienable rights to the people. Having been tested in many a country democracy has proven to be a great system of government indeed.

Generally speaking the primary objective of governance anywhere is the protection of lives and properties of the ’employers’ of those electorally charged with the responsibility of doing just that. It remains the major barometer with which any government of the people, by the people and for the people is measured.

In any democratic society deserving of international reverence intelligence gathering is essential to keep the state safe and secure at all times. There is bound to be security challenges (terrorism, murder, arson, drug peddling, human trafficking, abduction etc) but the capacity of the state to meet the daily challenges robustly is determined and demonstrated by the pre-emptive and pro-active initiatives and actions. While it could be conceded as a truism that the total establishment of law and order in any given society (even in the theocratic Vatican, Israel or Saudi Arabia) is utopian in nature what any serious government does, as a matter of responsibility and priority, is to try to nip in the bud any attempt at societal destabilisation or lawlessness.

The Department of State Security Services (DSS) or the State Security Services (SSS) is an elite security organization in Nigeria led by Lawal Daura. Unlike the Nigeria Police Force or any other para-military outfit the DSS agents are more organized, more professional and more effective in terms of service output. In many democratic countries there are elite security agencies charged with the onerous task of intelligence-gathering, espionage and undercover operations aimed at securing the territorial integrity of the state and maintaining law and order in every season all year round. This role is crucial and essential for the general good of the evolving society.

In Russia, a nuclear super-power country with a mafian President of KGB background, you have the SVR (and the FSB) the current incarnation of one of the world’s oldest and most extensive espionage agencies known for decades as the Sovietic KGB. In the United States of America, a beacon of democracy, you have agencies like the FBI and the CIA aiding strategically other security agencies to keep the Uncle Sam homeland secure. They engage in intelligence gathering of global scope and profound international investigations which sometimes unearthed can of worms like the FIFA scandal.

In Israel, a hardened police state, Mossad is saddled with the patriotic task of foiling plots against the powerful Jewish state. In the UK the M16 and the Scotland Yard are effectively policing the Great Britain thwarting any terrorist plans and safe-guarding the Queen and her subjects. And in France there are the DGSI and the DGSE keeping the French society alive and well.

In all of these aforementioned countries the role of the secret police is never to judge or prosecute the supposed ‘criminals’ in their custody. They can arrest and charge to court but torture or arbitrary detention for more than three working days remains unlawful. Even where their powers are extensive and ‘limitless’ (like in ‘Putinic’ Russia and Israel) they are conscious of the constitution in order not to fall foul of the law.

The DSS in Nigeria like the inefficient police are over-reaching themselves sometimes in the course of discharging their duties. Their methods and tactics are frowned upon often by the concerned populace at the receiving end of their abuse of office. There is no way you can effectively enforce the laws of the land by exhibiting lawlessness or trampling upon the rule of law! Nigeria is ripe for some institutional reforms to be introduced into the service rules and regulations in the spirit of democracy.

Inside the DSS gulag scandals abound. Some ‘criminals’ could be found within quite alright but there are those detainees whose cases could be classified as victims of state intimidation or persecution. Prisoners of conscience could be found among those held. No matter the degree of crime committed by anyone the law says that unless convicted the fellow is still ‘innocent’ in the eyes of the law.

Penultimate week citizen Tony Ezimakor was arrested and taken away by the DSS operatives in Abuja. Ezimakor is the Abuja Bureau Chief of the ‘Daily Independent’ newspaper. As a professional journalist he is a law-abiding citizen, one without any criminal record to the best of our knowledge. The DSS were accusing the journalist of writing an offensive article in his newspaper about the millions of Dollars the Buhari administration shelled out as ransom to Boko Haram terrorists in order for them to release some of the abducted Chibok girls. Ezimakor revealed the involvement of the Swiss government in the ‘deal’ that led to the girls’ freedom.

For more than one week Ezimakor was held incommunicado even when his health condition was worsening. Days after his apprehension his Abuja home was ransacked by the gun-totting state operatives and personal effects were taken away. Never mind that it was reported online that his family members were subjected to crude intimidation and harrassment in the course of the Gestapo-like scary operation.

Though Ezimakor has been released “unconditionally” following the pressure from international press groups and “Our-Mumu-Don-Do” movement it was reported online that Tony was detained arbitrarily because he refused to name the source of his published story. If the DSS had felt that Ezimakor had peddled mendacity the best it could have done under the constitutional circumstance was to have taken him to court. It is the duty of a Judge of competent jurisdiction to pronounce him guilty and sentence him accordingly.

Holding him captive for days running (without making him face the justice system) constituted an abuse of power. Besides, it served as a repugnant reminder of our apparent slow but steady descent into a dictatorial era long forgotten in our chaotic national history.

The travails of the ‘Independent’ journalist sadly reminded one of Decree 4 in the early 80’s during the Buhari/Idiagbon dictatorship. Then in 1984/85 Nigeria was under the Jackboot but today democracy has come to stay for good! Tunde Thompson and Nduka Irabor were imprisoned under that obnoxious Decree. And some notorious drug peddlers were summarily executed in a disciplined era of the War Against Indiscipline. Today the Daura-born ex-dictator must have gone through the democratic baptism of fire or better still, the Saul/Paul Damascus experience.

President Buhari seems to be having problems controlling his ‘brother’ Daura and his boys. The EFCC Acting Chairman, Ibrahim Magu, has thus far failed multiple Senate screening exercises due mainly to the exposed DSS intervention against any such confirmation of Magu as the substantive EFCC Chairman. Daura in the Magu Senate saga seemed to be working assiduously in cahoot with the legislative reprobates in the upper legislative Chamber led by Bukola Saraki.

Inside the DSS gulag sense must be made to prevail over the current nonsense. We hold that under this democracy (the bloody struggle for which many heroes and heroines had been buried) no Nigerian deserves to be locked up for reasons indefensible before the law. Since the late Bashorun MKO Abiola and his wife, Kudirat, had paid the supreme price for us to live in peace under a democratic environment those entrusted with power temporarily must be wary of its abuse.