Inside Jumia’s 2019 progress and regression slope: Are the figures in the least encouraging? | Ripples Nigeria 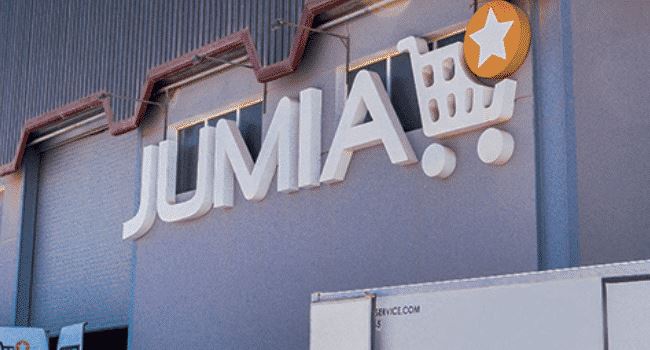 African e-commerce and logistics company, Jumia, which launched operation in Lagos eight years ago has, no doubt, had an eventful past while structuring its business and growing its brand across the continent.

With a vision to build an indomitable African household company that facilitates the shipment and delivery of packages from sellers to consumers, the company in its first year (2012) won the heart of telecommunication giant MTN as an investor. In fact, as of 2019, MTN remained the largest shareholder -perhaps, this still remains so.

With a rather rapid growth, Jumia grew its networth and entered into expansion into various African countries like Kenya, Tanzania and Egypt.

Jumia continued to receive funding from investors as its business model appeared to be on the road to become the Amazon of Africa. In March 2019, Jumia received a fresh 50 million euros in investments from leading financial company, Mastercard.

Not long, however, event reached a plateau and the slope seemingly headed south. A common reference is the supposed “bad-mouthing” that came in May 2019 from international business analysts and critic, Andrew Left, who labelled Jumia’s stock in the negative, calling it a “security fraud”.

Although, Andrew Left, in his allegation, cited a handful of material discrepancies regarding key financial metrics among a confidential investor presentation and Jumia’s F-1 that was filed to the SEC from the company’s April, 2019 IPO, many have stated the analyst was too harsh for his pronouncements.

Read also: Kenya’s AfricaSokoni e-commerce must know that fund is not enough to thrive in Nigeria

Andrew Left’s statement did not just pass without consequences, it did pass only to sink Jumia’s stock. Technically, in the company’s history, May 2019 may pass as its “black Sunday” as Jumia’s share price sank more than 50% in one week, following the publishing of Andrew Left’s report.

Since May, Jumia has slimmed down on its market shares and had also closed down operation in some of its once established countries -the like of Tanzania and Cameroon, that happened in November 2019. This negative trend also led it to submit its Jumia Travel outfit to Travelstart to operate in December of same year.

Today, reviewing its performance in 2019, Jumia is celebrating its feat as its stock got listed on the New York Stock Exchange (NYSE), making it the first African e-commerce platform to achieve such success.

Looking forward, Jumia has noted, in its latest publication made available to Ripples Nigeria that the company will be focusing on essential building blocks for its business as it seeks out for ways to build its asset.

These blocks, according, to Jumia, will include increasing the purchasing power of customers, build a robust platform for Jumia Pay, partnering with vendors, and going on the road to becoming the best logistics provider in Nigeria (tentatively).