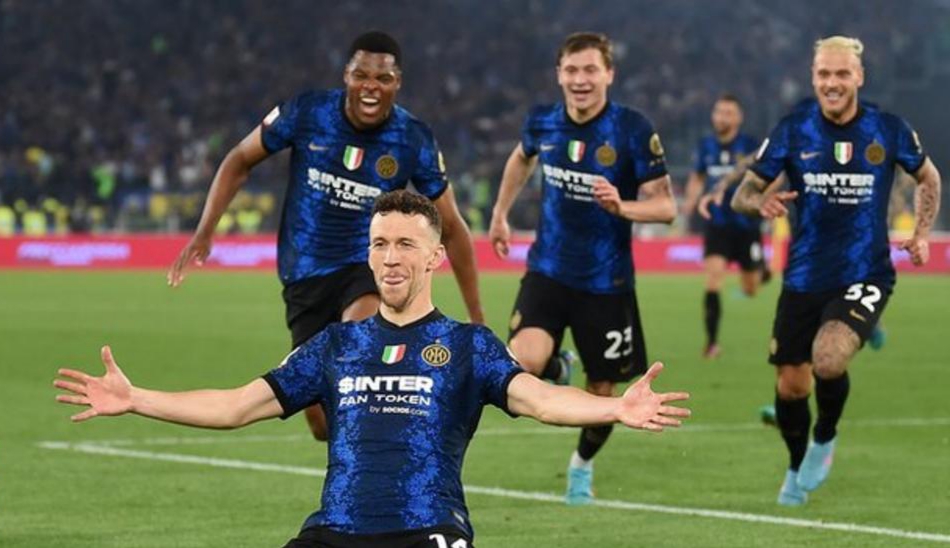 Serie A champions Inter Milan have clinched the 2021-22 Coppa Italia after coming from behind to beat Juventus in the final on Wednesday night.

The game, played at the Stadio Olimpico, saw Inter, who had had not reached the final of the competition since their previous triumph 11 years ago, clinch the title.

Nicolo Barella’s superb strike had put Inter ahead after six minutes but holders Juventus scored twice in quick succession through Alex Sandro and Dusan Vlahovic to turn the game around early in the second half.

Hakan Calhanoglu then scored an equaliser for Inter in the 80th minute through penalty to force the game to go into extra time.

Ivan Perisic then scored twice in three minutes as Inter lifted the cup for the eighth time.

Defeat ended record 14-time winners Juventus’ hopes of a trophy this season – the first time that has happened since 2010-11.

Serie A title chasers Inter are second and two points behind city rivals AC Milan with two games to go.

Inter will now face Cagliari and Sampdoria in their final two league games as they pursue a domestic double.