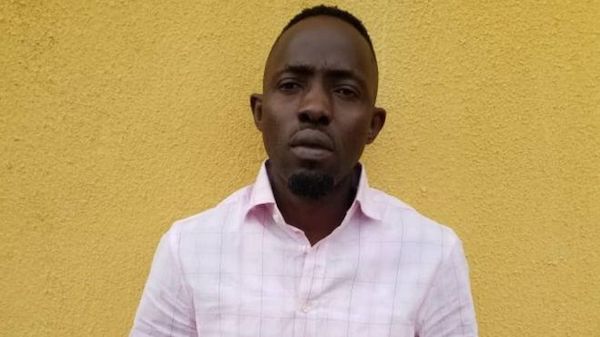 The Economic and Financial Crimes Commission (EFCC) has revealed that it arrested Joseph Oyediran, one of the suspected internet fraudsters wanted by the United State’s Federal Bureau of Investigation (FBI).

The zonal head of the EFCC in Ilorin, Isyaku Sharu, during a press conference on Friday, said Oyediran, 36, was arrested in Ilorin, Kwara State “as part of an international crackdown on a syndicate of cyber criminals.”

“Three weeks ago, the U.S. authority had written to us for assistance in tracking and possible arrest and prosecution of two most wanted FBI suspects in Nigeria,” he said.

“Investigation conducted by the EFCC revealed that Joseph had benefited about N60 million from the loot via western union transfers.”

The FBI last week charged 77 Nigerians under a 252-count federal grand jury indictment, accusing them of participating in a massive conspiracy to steal millions of dollars through a variety of fraud schemes and launder the funds through a Los Angeles-based money laundering network.

The indictment was unsealed after law enforcement authorities arrested 14 defendants across the United States, with 11 of those arrests taking place in the Los Angeles region.

The remaining defendants are believed to be abroad, with most them located in Nigeria.