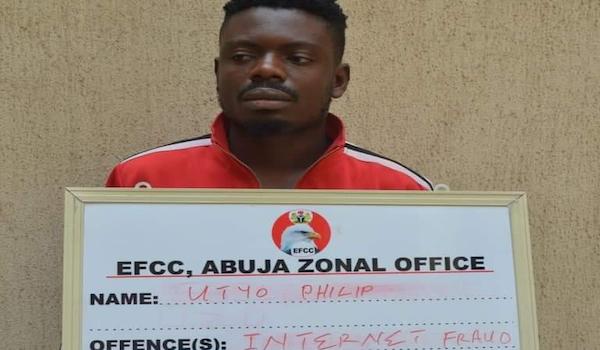 The Economic and Financial Crimes Commission (EFCC) arraigned Utyo on a one-count charge of cybercrime.

The Commission said in a statement issued on Monday by its Acting Head of Media and Publicity, Tayo Orilade, that following the review of the case of the prosecution led by H. M. Mohammed, Justice Adebiyi sentenced him to one year in prison with an option of N500,000.00 fine.

READ ALSO: Man to die by hanging in Ekiti for stealing phone, N110,000

The defence counsel, David Amana, pleaded with the court to temper justice with mercy, noting that the convict showed “great” remorse for his crime.

According to him, Utyo had agreed to forfeit all proceeds of his crime, including sophisticated electronic gadgets to the Federal Government.