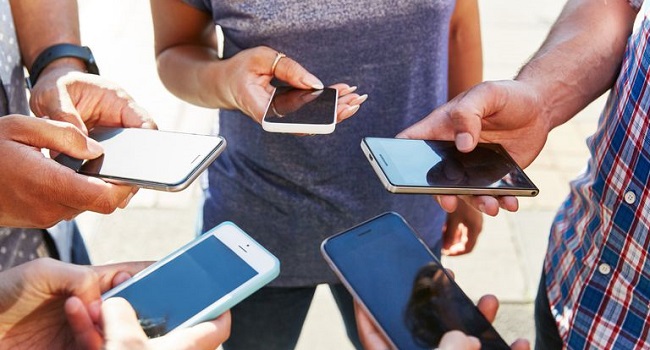 The figures brings to 109 million active internet users in the country.

This was disclosed by the Executive Vice Chairman, NCC, Prof Umar Danbatta, while addressing journalists at an industry forum in Lagos, adding that the figure represented a 1.8 per cent growth from 107,106,975 Internet users recorded in October.

Represented by the Deputy Director and Head, Special Project at the NCC, Henry Nkemadu, Danbatta said the number of active mobile subscriber line connections in the country rose to 169 million in November from 165,239,443 the industry recorded in October.

He said the growth in subscribers was an indication of the increasing demand for reliable connectivity to drive socioeconomic activities.

“As the economy of Nigeria continues to look up and with pressures from global financial markets, and its position as a major commercial centre in the West African Region, the demand for reliable and modern telecommunications infrastructure is enormous. Telecommunications acts as an enabler to drive socio-economic growth, developments and modernisation across all sectors of the economy,” Dambatta said.

The NCC EVC however lamented that the lack of infrastructure as a result of multiple taxation and regulations was increasing the cost of deployment and affordability of the broadband services in the country, adding that the Commission was exploring the inherent opportunities in the use of High Altitude Platform Stations technologies.

“Current efforts at infrastructure build-out may be improving the services of those already served but not reaching those who are still unserved or underserved. This is due to difficult terrain which makes it technically challenging and economically unfeasible to deploy the terrestrial infrastructure necessary to deploy 5G, such as fibre and microwave backhaul technologies in suburban, rural and hard to reach areas.

“HAPS can be used to complement the ongoing rollout of fibre optic infrastructure to bridge the current connectivity gap and supplement broadband in underserved areas. HAPS can help support broadband availability and in turn, boost the country’s economy by ensuring increased connectivity across all business sectors, he said.

Speaking the event, the Technical Director, Association of Licensed Telecoms Operators of Nigeria, Mr Olajide Aremu, also argued that the selective imposition of multiple taxes by the states was making it unprofitable for telecoms operators to deploy new infrastructure.

Aremu called on the states to prioritise the impact of telecoms infrastructure on the development of the communities and the country rather than instant revenue from taxes and levies.