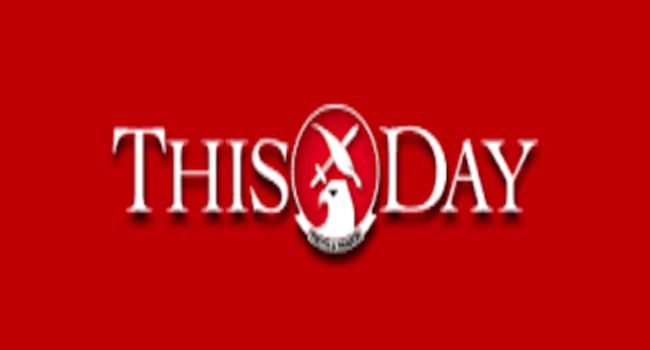 The Abuja office of Nigerian newspaper, THISDAY located at Utako district in the federal capital territory (FCT), was attacked by unknown gunmen in the early hours of Thursday.

According to the newspaper, the intruders subjected the security guards and production staff to “inhumane treatments”, threatening to kill them if they made any attempt to call for help.

The attack was said to have lasted for about 45 minutes, with the newspaper saying that the gunmen told its staff that they would be back again.

THISDAY has been attacked in a similar fashion about 10 years ago, when suicide bombers attacked its offices in the FCT and Kaduna state almost simultaneously.

Recall that the twin attack, which took place on April 26, 2012, led to the death of 11 persons and the destruction of the newspaper’s multi-million properties.

The management of THISDAY said it raised concerns about Thursday’s attack while reporting to the Police division in Utako, but that the Police explained that the raid could be a mere robbery incident.

Meanwhile, the FCT has been recording a spike in criminal activities in the past few weeks.