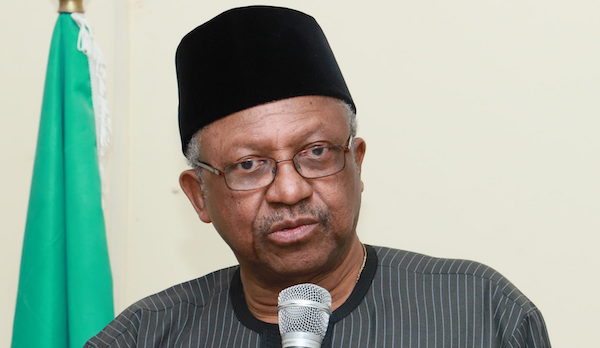 In the midst of a pandemic that has ravaged the entire globe killing hundreds of people, governments all over the world put several measures in place to stem the tide and save a dying population. In efforts to arrest the sweeping pandemic, a vaccine was developed, and governments, including that of Nigeria expended enormous resources to ensure the production of these vaccines and getting them to the people.

However, despite government’s efforts to ensure Nigerians get the vaccines for public safety, an investigation has uncovered how Nigerian health workers still collect bribes and issue COVID-19 cards to individuals without administering the vaccine, despite several outcries from concerned Nigerians who have condemned the act.

In the act that was found to be common practice in the states investigated, health workers collected bribes and issued COVID-19 certification cards without administering the vaccine. An action that seems the worse form of professional misconduct.

This is even as the Medical and Dental Practitioners Act, a legislation that regulates health practitioners in Nigeria, mandates them to safeguard the public at all times, and ensure professional misconduct, incompetent or unethical practice are not allowed or condoned.

To get hold of admissible evidence of how health workers carry out these corrupt practices, the Foundation, undertook undercover investigations in some states in Nigeria.

Officials of the Foundation in efforts to find out how health workers in Plateau State were collecting bribes and issuing COVID-19 certification cards without administering the vaccine, visited Jos the Plateau State capital, and spent a number of days.

During the stay, they visited some of the Primary Health Care Centres, pretending to be in need of the COVID-19 certification cards. They approached health workers who demanded money to get the cards without administering the vaccine.

They bargained with a health worker at Kuru II Primary Health Care Centre in Kushe ward, who asked for N25,000 for two vaccination cards. An amount that was paid in two tranches, into a First Bank account belonging to Dachung Juliet Pam, one of the health workers.

The payment receipt for the health worker in Plateau State

Another payment receipt for the health worker in Plateau State

Two weeks after the payment was made, two COVID-19 vaccine certification cards were issued to MAWA officials without any of them being vaccinated.

The act was carefully carried out by the health workers to ensure there was no trace of fraud anywhere. Perfecting the act, the health workers, ensured their data was carefully uploaded on the National Primary Health Care Development Agency (NPHCDA) COVID-19 vaccination platform, while they received SMS from the agency showing that we had been administered the vaccine.

The vaccination card issued after payment of bribe in Plateau State

At the Primary Health Care Centre located in Rayfield area of Jos, a health worker charged N40,000 for a single COVID-19 vaccination card without administering the vaccine, an amount they refused to pay.

At a Primary Healthcare Centre located at the Gura Topp area of Jos South, a senior health official who spoke to officials of the foundation confirmed the issuance of the COVID-19 certification card without administering the vaccine but said that happens in other hospitals, not theirs.

The health worker, however, blamed the practice on the contradictory and diverse narratives that have made it impossible for people to have trust in the vaccine and appealed to the government to put in place an effective communication strategy that would lead to proper education and awareness on the safety of the vaccine. And, in that way, many would take the vaccine.

When the organisation sought the explanation of Mr. Livinus Miankwap, the Executive Secretary, Plateau State Primary Health Care, he said they had received a report of such practice in Jos North, but did not have enough evidence to punish the offenders.

On the first day at Abakiliki, they had focused group discussions with the locals, comprising members of civil society, the media, and community influencers, and were made to understood that it was difficult to get any of the health workers to admit such a practice exists.

To penetrate the health workers and get them to issue a COVID-19 certification card without administering the vaccine, they made use of the locals who presented them as people who were genuinely in need of the COVID vaccine certification card.

The health workers after a series of negotiations admitted to issuing the card at the cost of N3,000, an amount that was paid into a Fidelity Bank account belonging to Chukwu Stella N., one of the health workers.

Perfecting the act, they waited for three weeks and three days before a COVID-19 vaccine certification card was prepared at the Amagun MDG Primary Health Care Centre located at the Ezza South Local Government Area of Ebonyi State and delivered.

Vaccination card issued in Ebonyi after payment of bribe

The health workers said they delayed it to make sure the card went through all the required processes to make it authentic devoid of any suspicion that it was fake. Unfortunately, they were taking their time to issue a fake card in a highly compromised way and abusing the ethics and practice of the medical profession.

One of the health workers told the MAWA team that individuals who desperately need the COVID-19 vaccine certification card, especially those traveling abroad are made to pay N2,000 for the card without vaccination.

Community residents who spoke to MAWA, said residents do not want the vaccine administered to them because they do not believe COVID-19 exists, they believe the virus was ordinary malaria that did not require any special measure to cure.

“The suffering we are going through in Ebonyi is more than COVID-19, why are they not bothered about how they will give us food, why are they putting efforts to kill us using a fake vaccine in collaboration with the white” Mr. Okechi, one of the residents said.

When we reached out to Mr. Ebenyi Hycinth, Director-Ebonyi State Primary Health Care, for an official response, he denied knowledge of the practice, but, however, said if at all that happens, the people perpetrating the act aren’t health workers, but those impersonating and parading themselves as health workers.

The practice in Gombe state was not different from what obtained in other states visited. Health workers in the state were caught issuing the COVID-19 vaccine certification cards without vaccination.

Officials of the foundation spent days in Gombe investigating how health workers collected money and issued vaccine certification cards without vaccinations. The cards were issued to individuals depending on their bargaining power and who was helping them negotiate.

Going undercover, the team fronted the locals who helped to negotiate with the health worker to issue vaccine certification cards without being vaccinated.

The health workers agreed and charged N20,000 for two cards, at the price of N10,000 each. The amount was paid into a First Bank account belonging to Ali Nancy Tadi, one of the health workers.

Receipt of payment to health worker in Gombe State

Vaccination card issued after payment of bribe in Gombe State

When the Foundation contacted Gombe State Primary Health Care Development Agency, a senior official of the agency who did not want his name mentioned, said he had no authority to speak on the issue.

This was even as some of the locals who spoke, said they preferred to pay money, collect the card and not take the vaccine.

They accused the government of conniving with European countries to kill and reduce their population using the vaccine, and vowed never to be vaccinated.

Abuja, the Nigerian capital city that ought to observe the strict adherence to COVID-19 vaccination rules, was also caught in act of violating the rules, with the National Primary Health Development Agency (NPHCDA) officials collecting bribes and issuing COVID-19 vaccine certification cards without vaccination.

In the deal, NPHCDA officials collected amounts ranging from N5,000 and above to issue vaccine certification cards without vaccination.

The Foundation’s officials went undercover at the Gwagwa area of Abuja in one of the vaccination centres in pretense of being in dire need of the card to travel abroad.

The NPHCDA official who was in charge of the vaccination, after a series of negotiations, charged N5,000 as fee for a COVID-19 vaccination card without administering the vaccine. An amount that was paid into an Access Bank account he provided.

Shortly after the money was paid, a text message from the NPHCDA was received showing they had been enrolled in the vaccine.

The NPHCDA official perfected the act in such a way that it appeared genuine, but in real sense, it was a fake COVID-19 vaccination card.

Perfecting the deal, all information was uploaded to the NPHCDA platform and a text message sent to a telephone number provided by the card bearer, while a sample of the vaccine used for the fake COVID-19 vaccination card was broken and discarded into the dustbin as having been used and a record of it taken.

Some of the locals who said they got their COVID-19 vaccination card after paying money, accused NPHCDA officials of using the vaccine as an avenue to make money at the detriment of public health and safety.

When the Foundation contacted the NPHCDA for an official response, a senior official of the agency who did not want his name mentioned, said they were aware some people were getting the COVID-19 certification card without vaccination, pointing out that they had put a task-force in place to monitor the malpractice, but, said it was unfortunate the practice still happened despite all training and warnings given to the officials.

Good as these figures seem, investigations have shown that they were not accurate as a good number of persons with COVID-19 vaccine certification cards were not vaccinated.

The state must rise against this ugly practice, as it is a public health issue that puts everybody at risk. We cannot afford to sacrifice public health to corruption which is defying efforts made towards addressing Nigeria’s health care system.

This report was supported by the African Investigative Journalism Conference, Gates Foundation, and the Henry Nxumalo Foundation.