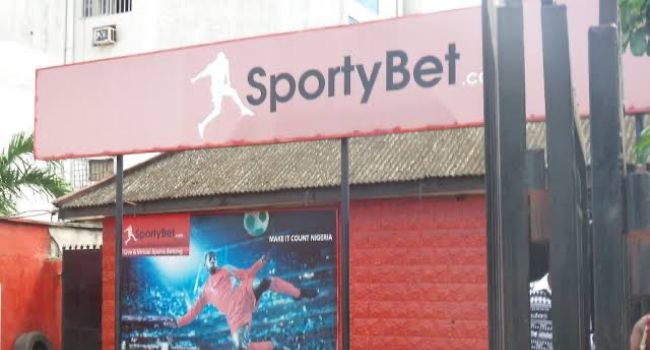 As Nigeria transits into a cashless society, the evolution also creates opportunities for internet scammers to take advantage of unsuspecting citizens. ABDULWASIU OLOKOOBA reports about how Nigerians are getting fleeced of their hard-earned money by internet fraudsters through ‘SportyBet’, a sports betting platform.

Last September, Adebayo Sherifdeen, a penultimate student at Usmanu Danfodiyo University, Sokoto, received a WhatsApp message from a user who was not on his contact list. The user identified himself as David Mark and claimed to be a staff of SportyBet company, a sports betting and online casino platform.

He said if Adebayo could register a SportyBet platform account, he was ready to help him multiply any amount he deposited on the site once he followed his instructions.

“He asked me if I would not tell anyone about the offer and showed me a clip to portray how he intended to multiply the money through the SportyBet platform with the aid of an app he claimed he had developed.

“As someone who did not know anything about betting before, I disregarded his messages at first. But after incessant messages from him convincing me that he brought an opportunity where I could make money, I gave in”, Adebayo narrated.

After a long conversation, Adebayo became a SportyBet account owner waiting for David Mark to help him multiply his first N1,000 deposit on the platform.

“He asked me to deposit any amount using my card details on my newly created SportyBet account which I did and told me he would process the rest from his end.

“Two days later, I received two messages, one was for One Time Password (OTP) and the other was for changing of password simultaneously. He called me to request for those numbers which I gave him. It was from that spot I was receiving debit alerts.

“That was how I lost N11,300 I wanted to use for foodstuff to prepare for my exam during that period,” Adebayo lamented.

He continued: “It was at that moment I realised I had fallen into the trap of a scammer. I tried to login my SportyBet account, I realised he had the  access and I could not retrieve it that day because he had exhausted the six chances given to request a new password.

“It was when I accessed my account a day later that I realised he [the scammer] withdrew all my money through the sportybet platform and transferred it to a mobile wallet that I could not trace.

“I did not complain to anyone because I believed I got scammed due to my negligence. Though I have learned my lesson”, Adebayo added.

Ibrahim Yaqoob is another victim of online scam through the SportyBet platform. He narrated how a stranger persuaded him on WhatsApp to deposit any amount to get multiple payments.

According to Ibrahim, the fraudster sent him a link and asked him to supply his personal data through it so that he could help me benefit from what he termed as ‘SportyBet Bonoucer’.

“It was so difficult to trace him because he did the scam through the SportyBet platform and transferred the money to a mobile wallet,” Ibrahim explained, sounding helpless.

Checks on the website sent to Ibrahim revealed that the website had been blocked because it was detected to be a malicious form.

“The form you are trying to reach has been blocked because suspicious content has been detected,” the webpage warned.

To get more details about the website, this reporter checked on the Whois Domain Tool. It was discovered that this site was created 1,488 ago in the United States, not by the SportyBet company as claimed by the scammer.

The stories of Adebayo and Ibrahim illustrate the travails of victims of online scam in Nigeria, and how they were rendered helpless in securing their hard-earned money back from the fraudsters.

In Nigeria, cybercrimes are perpetrated by individuals, hackers or connected networks of criminals motivated by financial interests. For instance, a gang of seven hackers stole N900 million (US$24 000) from a single bank via malware in Lagos on 10 March 2018, according to the Economic and Financial Crimes Commission (EFCC).

Nigeria’s Consumer Awareness and Financial Enlightenment Initiative has projected a US$6 trillion loss by 2030 to cybercrime within and outside Nigeria. These crimes are committed mostly through phishing and identity theft.

On Tuesday, 31st of May, an INTERPOL-led operation targeting malware cyber fraud across South-East Asia led to Nigeria and the arrest of three suspected global scammers.

The Economic and Financial Crimes Commission (EFCC) arrested the suspects in a sting operation conducted simultaneously in a Lagos suburb called Ajegunle and in Benin City, 300 km to the East of the commercial capital.

Also, in 2019, Nigerian Anti-graft Agency, EFCC, along with the Federal Bureau of Investigations (FBI) arrested 281 individuals for cyber-enabled financial fraud, among whom 167 were Nigerians.

Truecaller’s search on some of the scammers’ phone numbers revealed comments from hundreds of victims who had been swindled of their money like Adebayo and Ibrahim.

A user identified as Akpehe Thomas said the fraudsters scammed almost N100,000 from his account.

Another user who testified as a victim of this online scam was Lawrence Bassey. He wrote, “he hacked into my sporty bet account and my bank account and emptied everything.”

“They used voice OTP to reset my password and scam me all the money in my account…. they are really scammers… please block this number and never call it,” another user,  Chinedu John, warned.

To understand how these scammers operate, this reporter decided to relate with them under the guise of someone willing to join their team.

One day, he also received an unsuspecting message on WhatsApp. The number (+234 813 077 2944) was found to be the same contact that scammed Ibrahim. Interestingly, he identified himself as David Mark again.

“I am ready to help you get multiple cashouts on SportyBet through an app I created,” David Mark promised this reporter.

But this reporter told him he was only interested in joining the trade. And that he was also ready to learn under David Mark.

“It seems you have gotten us to be scammers, if you want to join our team, call me. There are terms and conditions,” he responded.

After a series of negotiations, we both agreed that I would not pay any money but I would give him 50% of my first proceeds in return to learn how to siphon people’s money through the SportyBet platform.

“There is an app you will use to generate more WhatsApp contacts. You will chat with them, we already have the templates of messages you will send to your new clients.

“There are three ways you can scam people via SportyBet platform. You can use a phishing site to  obtain all victims’ details, you can use voice robot to generate OTP, or you can directly get the needed details from the victims,” he explained.

Ochim Goodness, with mobile number +234 913 576 2403, is another fraudster this reporter approached to get more knowledge about the scam scheme.

Ochim said this reporter should pay the sum of N5,000 to his account: Account Number: 8111946713, Name: Ochim Goodness, Eco Bank, and he would teach him how to make thousands of Naira every day through scamming.

“Like me, I make close to N200,000 Daily. And this is the main reason I cannot leave it despite the challenges I encounter every day.

“Or do you want me to go and start earning N30,000 minimum wage,? ” Ochim asked this reporter rhetorically.

Section 5-16 under part III of CYBERCRIMES (PROHIBITION, PREVENTION ACT, 2015, provides the punishment for the perpetrators of online scams.

Section 6(1) states that: “Any person, who without authorization, intentionally accesses in whole or in part, a computer system or network for fraudulent purposes and obtain data that are vital to national security, commits an offense and shall be liable on conviction to imprisonment for a term of not more than 5 years or to a fine of not more than  N5,000,000.00 or to both fine and imprisonment.”

However, Mr Kazeem Aybami, a legal practitioner, pointed out that there are lots of loopholes in the law. According to him, the challenges manifest in the area of enforcement, compliance, and cybercrime investigations in the country.

He said, “If the government at the state level can also make laws that would complement the federal legislation, I think compliance and enforcement will be enhanced.”

When contacted for its reaction, SportyBet Company admitted knowing that many scammers are using their platform to siphon people’s hard-earned money. They described the action as condemnable.

“SportyBet doesn’t take any responsibility for these activities.

“This activity is generally done with promises of fake promotions to make the user provide them with all the login details, for example, groups in social networks with a fake SportyBet website but using our image and stating that you will receive NGN 30000 if you write there your login details.

“We understand that due to financial issues some people will disregard our advice and the common knowledge that you should never share your login details,” the company added in unsigned email message in response to the inquiry.