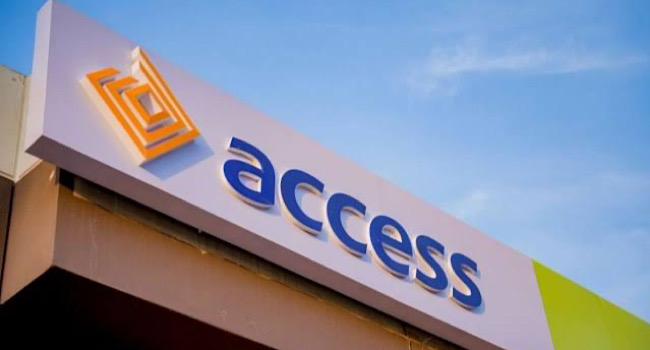 February is the month of love, but investors seem to have none for Access Bank at the stock market as Ripples Nigeria discovered one week-long sell-off among investors of the lender, crashing Access Bank’s stock value at the capital market.

Investors had began selling off their shares in Access Bank since the lender held its board meeting, where the company’s directors considered and approved Access Bank’s Audited Consolidated and Separate Financial Statements for the year ended December 31, 2020.

On the day the board of directors met, January 29, Access Bank stock value fell from N9.35kobo per share, to N9.30kobo, with over 40.09 million volume of shares sold at the trading floor. On February 1, the share price fell further, losing N0.15kobo in value as over 40.19 million shares were sold at N9.15kobo per share.

The next day, Access Bank investors struggled to sell-off their shares as it was priced as low as N8.90kobo, with 22.7 million shares leaving its vault – the share price traded flat into February 4, with lesser volumes sold day by day.

However, Access Bank’s share price continued to take a dip on February 5, depreciating by N0.35kobo to sell at N8.55kobo per share, according to data monitored on the Nigerian Stock Exchange (NSE).

The depreciating share price shows the low confidence existing and potential investors have in Access Bank ahead of the release of bank’s financial statement. Ripples Nigeria gathered from Access Bank’s nine months earnings report that the company’s financials isn’t so strong to boost investors confidence.

Access Bank’s interest expense declined in nine months of 2020, dropping to N179.01 billion against the N194.80 billion it recorded in the corresponding period of 2019, while net impairment charges doubled the N10.61 billion of 9months 2019 to settle at N34.24 billion in nine months last year.

During the same period last year, other operating income fell to N32.78 billion, failing to surpass the N33.25 billion Access Bank reported for the nine months of 2019. The declining earnings have dampened investors confidence in Access Bank, which had been struggling with series of controversial decisions.

Last year, the lender was embroiled in employment issues, following a statement from the Bank’s Managing Director, Herbert Wigwe, who stated that many employees will be sacked, with staff in the teller department losing their jobs – Central Bank of Nigeria (CBN) had to react, issuing a seize in retrenchment following criticism from Nigerians.

Controversy continued to trail Access Bank after it debited customers severally for stamp duty and directing customers with zero naira to fund their accounts to enable the bank debit stamp duty charges. Following outcry and threat from customers to storm Access Bank branches and close their accounts, the lender apologised, stating the debit was in line with CBN directive, but that it will pay the stamp duty on behalf of the customers.

The bank’s customer account details were also hacked, with the hacker boasting about the lack of security in Access Bank. The controversy reached its climax when Access Bank froze its customers accounts without court order, for participating in the EndSARS protest against Police brutality.

Access Bank had to issue another statement to rectify the situation, stating that the suspension was carried out based on CBN’s order.

RipplesMetrics: Nigeria’s $24bn investment gap behind MINT peers is bad news for everyone