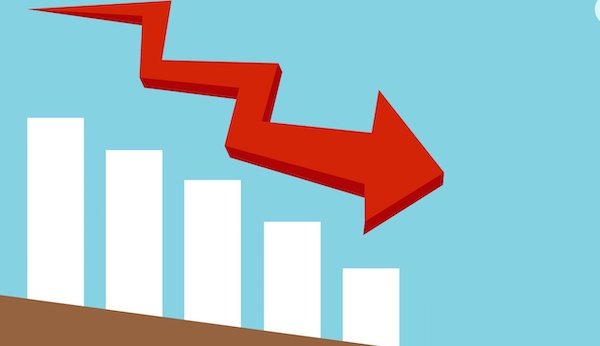 Investors at the Nigeria Stock Market (NSE) lost at least N82.4 billion during trade on Thursday.

The market capitalisation plunged from N20.67 billion to N20.59 trillion on Thursday.

With the capital market in a bearish situation, the All Share Index (ASI) dropped to 39,364.67.

Despite the loss recorded by investors, the volume of shares traded increased from 244.34 million to 493.17 million on Thursday.

The number of deals sealed by investors also rose from 4,714 on Wednesday to 5,486 on Thursday.

However, the value of shares appreciated to N4.72 billion on Thursday, more than the N4.12 billion recorded 24 hours earlier.

UPL topped the gainers’ chart as its share price increased from N1.11kobo to N1.22kobo following a gain of N0.11kobo during trading.

CAP Plc made the list after gaining 5.26 percent during trading and increased its share price from N19 to N20.1kobo.

WAPCO share price increased by 3.59 percent and end trading at N20.2kobo from N19.5kobo.

Livestock recorded 3.17 percent increase and moved from N2.21kobo to N2.28kobo per share at the end of trading.

Meanwhile, with a 10 percent loss in share price, Fidson topped the losers list. The company’s share price dropped from N4.9kobo to N4.41kobo at the end of trading.

NNFM share price fell from N7.02 to N6.32kobo following the loss of N0.7kobo in its share price.

For traded shares, Universal Insurance was the most active stock on Thursday as investors traded 83.26 million shares worth N16.65 million.

Zenith Bank shares were traded at a volume of 38.64 million and valued at N983.25 million.