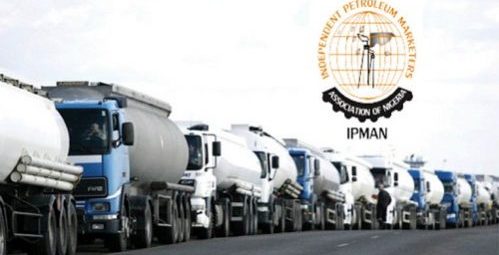 The Independent Petroleum Marketers Association of Nigeria (IPMAN) on Tuesday, March 15, refuted claims that it called for the scrapping of the Petroleum Equalisation Fund (PEF) describing those behind the agitation as imposters.

This was contained in a statement issued by the IPMAN National Publicity Secretary, Yakubu Suleiman.

An excerpt from the statement read, “To put things in the right perspective, both the self-acclaimed President, Eng Sanusi Fari and his so-called publicity secretary, Ukandike Chinedu, are not IPMAN members and are not in any way officials of our Association.

“We feel compelled to inform Nigerians and, in particular, the Police and State Security Services (SSS), that despite subsisting judgement of the Supreme Court, being the highest court of the land against Chief Obasi Lawson and his co-travellers, we are now surprised that the same people are parading themselves and deceiving people that they are officials of IPMAN,” it said.

As a result, IPMAN urged the security agencies to apprehend the suspects for alleged impersonation.

“They are impostors who do not belong to the association, neither do they owned any filling station, and by implications they don’t even know the usefulness of PEF,” the statement added.

Furthermore, the body stated that it “have not contemplated the scrapping of the Fund, needless to mention that we are agitating for its abolishment.

“Our stand has always been that PEF, being the nucleus of the downstream sector do not only function as equaliser to disparities in fuel prices across Nigeria, but that it is also a good financial agency, with high sense of prudence in financial management since its inception,” it said.

“We reiterate that such agitation is nothing more than a looming crisis in the sector which will in the short and long-run harm the nation and its stability.

“As contributors to the Fund, we have not in any way ever complained or contemplated advising the government to scrap the PEF.

“We want to put it on record that should it be scraped, it will surely cause a disparity in prices, wreak havoc on marketers, and inevitably push many of our members out of business.

“Above all, Nigerians stand the risk of buying petroleum products at hiked prices in most parts of the country,” it said.
…