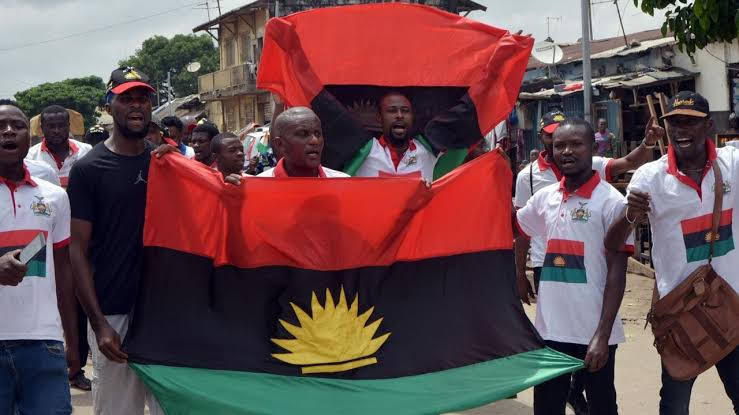 The Indigenous People of Biafra (IPOB) has distanced itself from the attack on the former Governor of Imo State, Chief Ikedi Ohakim.

Many people in the state had alleged that IPOB members were behind the attack.

However, in a statement issued on Wednesday by its Media and Publicity Secretary, Emma Powerful, the group claimed that desperate politicians were behind the attack.

It described the attack as unnecessary and urged Governor Hope Uzodinma to protect the people of Imo from such in the future.

The statement read: “We the global family and movement of the Indigenous People of Biafra (IPOB) ably led by our great and indefatigable leader, Mazi Nnamdi Kanu, condemn the recent attacks on the former Governor of Imo State, Chief Ikedi Ohakim.

“The attack was masterminded by the political gladiators in Imo State who are desperate to murder political opponents in the state to further their own careers.

READ ALSO: IPOB distances self from killing of Northerners in Imo

“Everybody must ask the Hope Uzodinma-led Imo State government about what is happening in Imo State because they created the political assassination thugs thinking that they can manipulate and blackmail the public against IPOB.

“The Uzodinma-led Imo State government must tell Nigerians what they are trying to achieve with this level of assassination across the state.

“Some people, we understand, are murdered by criminals sponsored by the Imo government’s security agents while some were murdered by their Ebubeagu security militia collaborating with Fulani terrorists wearing Nigeria soldiers’ uniforms.

“We cry out for the lives of innocent citizens murdered unjustly by the present Imo State government because of political interest and ambition, by carrying out attacks against their political opponents in Imo State.

“We ask them this pertinent question If every citizen of the state dies in this way, would they live alone in the whole state and govern who?

“The attack on Chief Ikedi Ohakim is uncalled for, and we must stand tall in protecting our people. Not every politician is wicked. Ohakim is one of the peaceful people among the politicians in the Eastern region.”