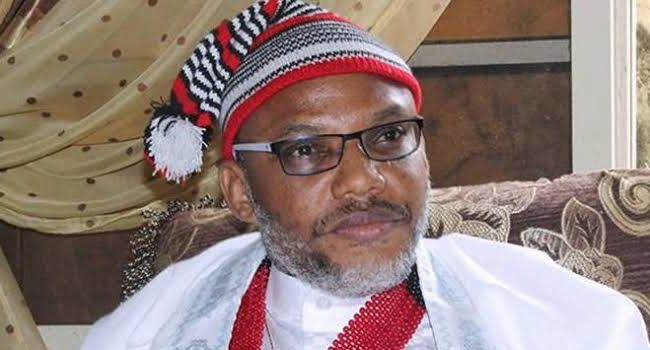 Kroham died on August 30, 2022 while Obiozor and Amechi passed away on November 1 and December 26 of the same year.

The former minister was in the South-East leaders’ delegation that met with the president in 2021 and pleaded for the IPOB leader’s unconditional release.

In a statement issued by its spokesman, Emma Powerful, the group appealed to President Buhari to honour the late elder statesmen because of their efforts at securing Kanu’s release during their lifetime.

The statement read: “We, the Indigenous People of Biafra (IPOB) under the leadership of Nnamdi Kanu commiserate with the families of the President-General of Ohaneze Ndigbo Worldwide, Prof. George Obiozor, and Dr Joel Kroham who died after brief illnesses.

“Igbo family has lost two irokos who have kept shade over their people. IPOB has lost people who have been working and speaking during their lifetime, urging the Federal Government of Nigeria to release Nnamdi Kanu.

“Ndi Igbo has lost some great leaders within the last two months. These men demanded that Buhari and his APC government release Kanu.

“We continue to urge the Nigerian government to release Kanu because of these great men who are now in the bosom of the Lord.

“Ndigbo will be very grateful if the Federal Government of Nigeria releases Nnamdi Kanu for peace to reign in the land of the Rising Sun.

“We asked God Almighty who lives in Heaven to give the families fortitude to bear these great losses to their families.”

Related Topics:ipobkanuSouth East leaders
Up Next