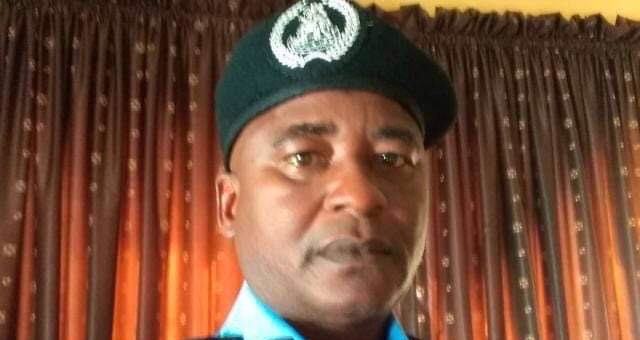 Followers of the Indigenous People of Biafra, IPOB, who allegedly attacked and burnt a police station in Ajali, Orumba North Local Government Area of Anambra State have been arrested.

It was learnt that five of them were paraded on Monday at the command’s headquarters in Amawbia.

The Commissioner of Police in the state, Mr Mustapha Dandaura who confirmed the arrest in a statement said:

“On February 15, 2018 at about 2:00a.m., hoodlums suspected to be IPOB members attacked Ajali Division, burnt down the station, three police patrol vehicles and other exhibits.

“The suspects equally carted away three AK 47 rifles from the division armoury and injured the Divisional Crime Officer who was on a visiting round.

“Following the incident, the Command’s Special Anti-Robbery Squad embarked on aggressive manhunt of perpetrators and arrested five of the suspects.”

Meanwhile, also paraded was a 27-year-old murder suspect, Okechukwu Udensi earlier declared wanted by the police after a bounty of N1m had been placed on his head.

“Consequently, on March 31, 2019 at about 12:50 p.m., following painstaking intelligence and strategic planning, police operatives attached to the command operation Udoka and Special Anti-robbery Squad SARS raided a criminal hideout at Menax near down flyover in Onitsha and arrested the notorious suspect, Ikechukwu Udensi a.ka Ikenga.”

He also added that suspect is assisting the police with useful information that could help in arresting his accomplices in order to bring them to justice.