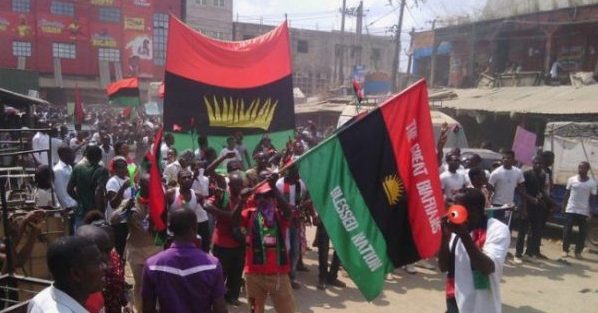 The sit-at-home instructions by the Indigenous People of Biafra (IPOB) and the Movement for the Actualization of Sovereign State of Biafra, (MASSOB) in remembrance of those who lost their lives in the actualization of Biafra has recorded some success so far.

Markets and shops in the two major cities of Anambra State were on Wednesday under locks and keys.

It was noticed that markets, shops and offices, were closed, while motorists and commercial banks workers all stayed back home in Nnewi and Onitsha.

The major commercial areas were found to be scanty in the two major cities of Anambra state as a result of the instructions.

It was also noticed that many roads leading in and out of the towns was scanty, especially Onitsha Enugu expressway, from Asaba end of the road to Zik’s roundabout, down to New Motor Spare Parts, Nkpor, and further to former Ogbunike Toll Gate were ghosts of themselves as motorists, and other people deserted the roads in observance of the IPOB/MASSOB directive.

Meanwhile the governor of Ebonyi state, Dave Umahi has threatened that any market store owner that heeds to the IPOB/MASSOB instructions in Ebonyi state will stand to lose occupancy of their stores permanently