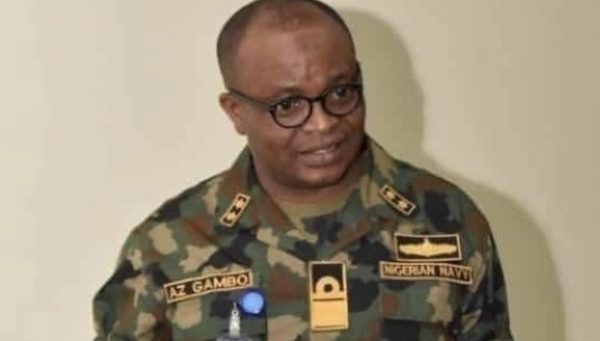 The Indigenous People of Biafra (IPOB) has denied the allegation by the Chief of Naval Staff, Awwal Gambo, that the Eastern Security Network (ESN) was responsible for the recent killings in the South-East, especially security agents.

In a statement released in Awka on Monday, by IPOB’s Media and Publicity Secretary, Emma Powerful, the group berated Gambo for his statement, saying he was a weak officer for making a hasty conclusion on such a sensitive issue.

It would be recalled that Gambo had during a visit to the Anambra State Governor, Willie Obiano, accused the ESN of the killings and terror attacks on Anambra and the South-East in general.

But the secessionist group in their reply to Gambo said it was unprofessional and a show of poor intelligence for someone of his rank to jump into such a conclusion.

The group maintained that neither ESN nor IPOB was involved in the alleged attacks on security agents, noting that it was another fabricated lie by the Nigerian military to blackmail the security outfit and have another excuse to attack innocent people.

The statement read: “We are however not surprised that the Nigeria Government will easily point accusing fingers at us. We know their antics. They are only looking for another justification to launch a fresh military operation in the South-East and South-South to kill more innocent and unarmed Biafrans.

“The naval chief is too weak to mobilise his troops and confront Boko Haram and Fulani bandits that are daily slaughtering both security operatives and civilians in the North and different parts of the country. Kidnapping for ransom and raping women on farms is now threatening to launch a military operation against ESN and IPOB.

“What offence has ESN committed other than flushing terrorists out of our lands? When has resisting terrorists in the forest translated to attacking security operatives?

“We have several times stated that ESN is not after security agents but terrorists rampaging our communities. ESN operates in the bushes and not in the cities. Anyone looking for them should go to the forests.

“Why is the Nigeria military not bothered about the revelation about the existence of 300 Fulani camps with stockpiling of AK-47 across South-East? Why not take quick action against the Fulani militia waiting for orders to invade our communities?”